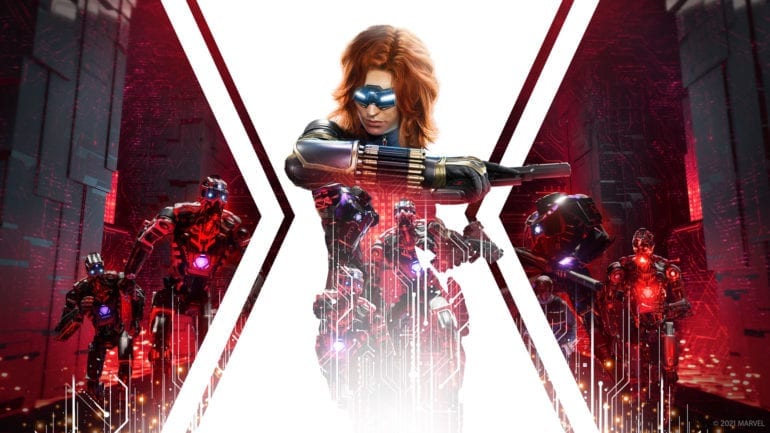 The Red Room Takeover event was first revealed during the Square Enix Presents showcase, it is a single-player focused event and involves a mysterious spy who has hacked into and transformed the HARM Room into a deadly crimson trap. It will run until May 31.

The Red Room Takeover starts after nearly two weeks of players investigating the “Rooskaya Protocols,” a mysterious program that has infiltrated AIM Synthoids. It is believed that Protocol Chips collected from hacked AIM tech hold the key to unravelling the enigma, but whatever, or whomever, made the Rooskaya Protocols has also corrupted the Avengers’ HARM Room. Now, players must uncover encrypted messages addressed to Black Widow from an old friend who has taken over the HARM Room, turning it from a training facility into a deadly trap. The threats are no longer virtual: players must defeat the deadly onslaught and regain control of the HARM Room.

Players who complete event-related missions with any Super Hero in their roster will be rewarded with valuable in-game resources as well as a special themed animated nameplate that any of their Heroes can use.