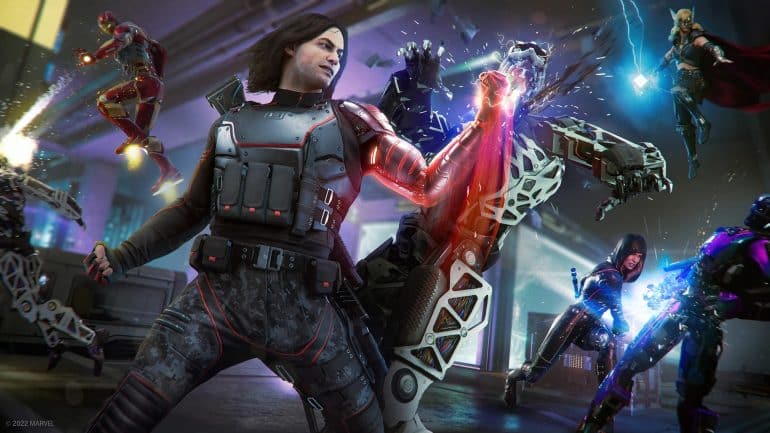 The new video featurette is a showcase of the Winter Soldier’s abilities in combat. He is a melee and mid-range character that can use his fists and guns in combat. He has a mix of inspired combat styles of Black Widow and Hawkeye too. He has various abilities that can enhance his battle prowess.

Winter Soldier’s first ability is his Intrinsic Ability called Steel-Forged Tenacity. It is powered by his parry ability and can counter enemy attacks easily. The Red Star Rising is his Intrinsic Overcharge which can send shockwaves around him. It is the best way to clear small mobs attacking the Winter Soldier.

Winter Soldier can use his grappling hook to traverse the battlefield easily. His support heroic is Soldier Tech Nonsense which generates a stealth field for him. His assault heroic is called Air Strike where he calls on jets to drop missiles to where he puts a target on. His Ultimate Heroic is called Protocol Override which makes him berserk but also increases a lot of stats, making him unstoppable.