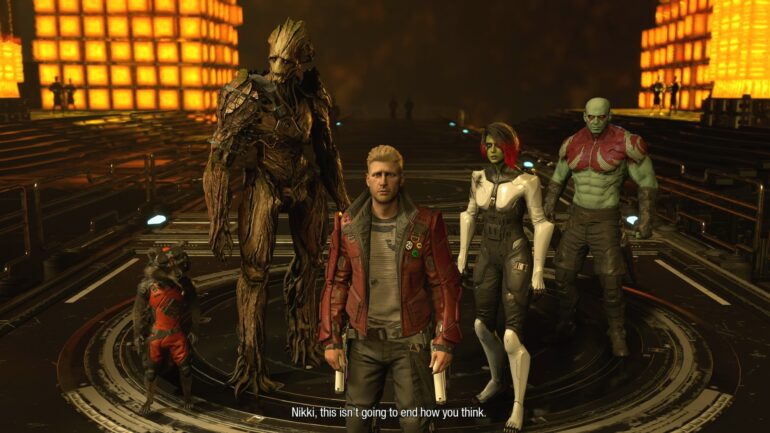 Square Enix reveals Marvel’s Guardians of the Galaxy has not meet their expectations as it did not perform well as they first hoped.

A recent release of outlines from Square Enix’s Q3 financial results briefing revealed a statement from Representative Director Yosuke Matsuda in regards to how Marvel’s Guardians of the Galaxy performed. It seems they were disappointed with its results initially.

“The HD Games sub-segment launched Marvel’s Guardians of the Galaxy in Q3,” Matsuda revealed. “Despite strong reviews, the game’s sales on launch undershot our initial expectations”.

Matsuda did say there was an upside to all of this. “Sales initiatives that we kicked off in November 2021 and continued into the new year have resulted in sales growth, and we intend to work to continue to expand sales to make up for the title’s slow start,” he stated.

While it did not take off at launch, Marvel’s Guardians of the Galaxy gained ground after a few weeks and then continued to gain more sales afterwards.

Now, there are a few reasons as to why the game’s launch was poorly received. Since the game is still a Marvel game, it somehow got backlash being related to Marvel’s Avengers, which did poorly. It seems players were a bit apprehensive and thought it would have the same content quality, but that quickly changed after they tried it later.

Marvel’s Guardians of the Galaxy is now available on PS4, PS5, Xbox One, Xbox Series X/S and PC.