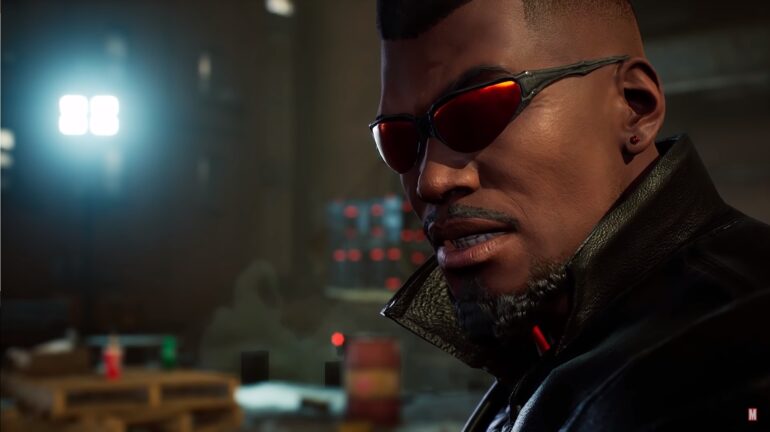 The new trailer features Blade wearing his Midnight Suns outfit and using his katana, guns, and other edgy weapons that can obliterate enemies into pieces. He is also quite agile in battle and can maneuver on the field to gain an advantage. He is both an excellent melee and range combatant that uses a sword and guns, depending on the situation. He also has his iconic glaive weapon that can do area-of-effect damage.

Blade mentions that he is a vampire and he can take advantage of that. He reveals that his kind created the stealth ability and it can possibly be used in the game.