Hopefully not that crazy compared to her MCU counterpart. 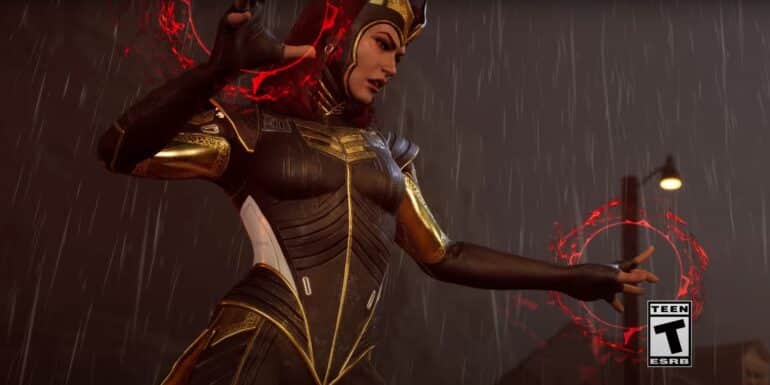 Just like in the comics and in the MCU, Scarlet Witch is still the all-powerful being that can alter the course of battle. While the trailer is quite short with only less than half a minute in length, it does give players a peek at her gameplay.

For offensive skills, Scarlet Witch can obliterate demons quite easily with the wave of her hands. Her single enemy attacks are precise and strong, but her area of effect or AoE attacks and chain attacks are amazing to watch. She could destroy multiple enemies in one turn whether it could be in front of her or getting surrounded. It does not matter where her opponents are. There could be some downsides to her powers though like the distance or she might have a long cooldown.

There is also a scene from the trailer where she could buff her allies in battle. It is not seen what has been improved, but it is most likely offensive or defensive stats. It could even be both, probably with upgraded abilities.

Marvel’s Midnight Suns launches sometime in 2023. It will be released on PS4, PS5, PC, Nintendo Switch, Xbox One, and Xbox Series X/S.