Play as the legend! 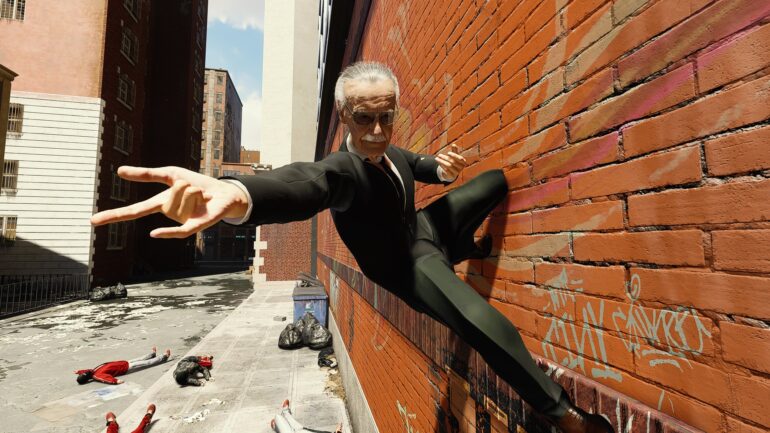 After the launch of Marvel’s Spider-Man Remastered on PC, the gaming community rejoiced for finally allowing them to try out the game in glorious maximum settings. While everyone was enjoying the game as is with their ultimate PC builds, there were others who were already making their own “improvements” to give them their own unique experience of the game. The very first thing to do when a game from a console comes to PC: mods.

PC players can now download several mods for the game right now, which gives Spider-Man several unique outfits in the game that the base version did not have. Other mods change the colors for the costume with improved brightness, better shading, and other modifications. There is one mod though that would change Spidey entirely and morph into a different character. One of those is Marvel’s greatest hero, Stan “The Man” Lee.

The Stan Lee mod has everything in it: animation, proper shading, can spin webs, and beat up criminals with great body flexibility. There is even gameplay footage showing the mod in action. It’s quite the interesting mod to try out. Download and try it out here.

Marvel’s Spider-Man Remastered is now available on PC via Steam.