Spider-Man has had a rocky journey in the gaming medium. He experienced his highs with the classic original PlayStation titles in the early 2000s, succeeding with the amazing open world sixth-generation titles. Of course, where there’s highs, there are lows, and there were a lot of lows. There was a shining beacon of hope with Spider-Man: Shattered Dimensions, which, although wasn’t an open world game, where you could web swing around in; it was still a good game, overall. 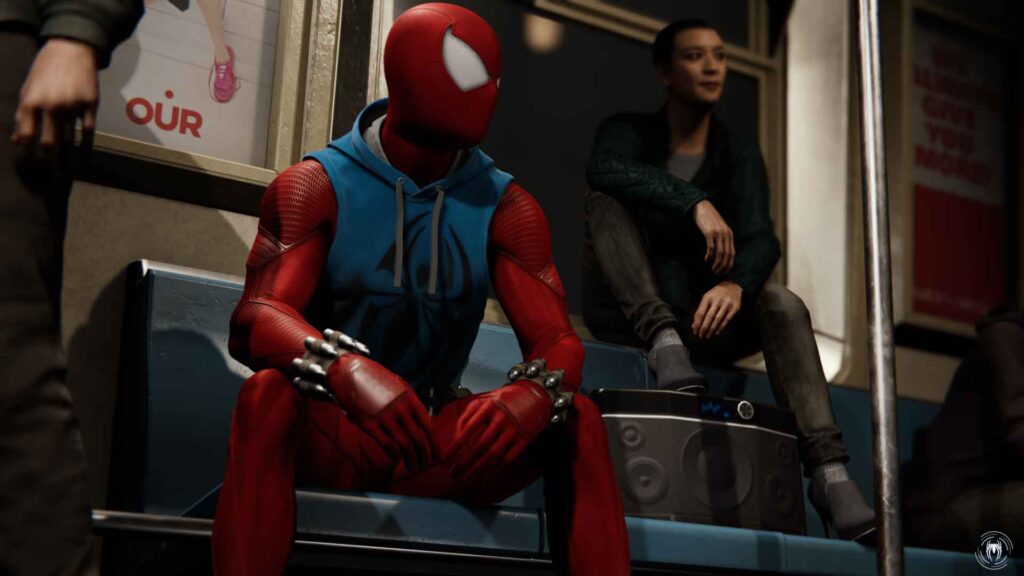 Marvel’s Spider-Man acts as a fresh slate for the wall crawler. It isn’t a movie tie-in or based on a comic book run, it’s an original take from the developers — Insomniac Games — on the character’s mythos. And for that reason, it shines unlike any other Spider-Man title in the last decade. Insomniac have taken all the best parts of what makes Spider-Man who he is and made it their own. The game celebrates the more than 50 years of history the character has and adds something new for both the dedicated and passerby fans. Insomniac managed to do something that many Spider-Man titles have failed in the past, and that was deliver an engrossing story.  It introduces and establishes a lot of the core relationships of Spider-Man, and especially Peter Parker. However, it doesn’t hold your hand as each character is introduced because it doesn’t need to. The pacing in each character’s introduction to their own development throughout the story all fit within the confines of the main character: Spider-Man.

As for plot development, things could’ve been better. The flow of the story starts with a bang, while in between until the half-way mark, things halt to quite a lull, with main missions reduced to mere travel points on a map to get a cutscene. Things do ramp up after the halfway point to a fault, however. A lot of the plot development happens here, with a lot of information dump happening, which ultimately feels rushed. It could have used a couple more missions to give more breathing room for things to tie-up neatly, however despite this, the ending manages to stick the landing, gracefully, fit for a roaring applause.

Aside from story missions, Insomniac gives you a lot to do, while taking a break from major super villain shenanigans. Your map will be filled with all sorts of waypoints and icons, however it’s not dumped on you all in one go. As you open up each segment of the map, you’ll be given an initial handful of side things to do. But as you progress through the main missions, more and more objectives are added, which all correlate to where you are in the story. Everything has a nice flow to it, and when you start to feel as if you’re running out of things to do, something new will always come up.

The side missions not only shine in pacing, but in its variety as well. Each side object fits into a category. Base missions have you taking out an area taken over by thugs; challenge missions will test you in your familiarity with the game’s mechanics; and throughout the map there are also things to collect and see that add to your overall objectives. Things never feel stale and with each new type of side objective presented to you, there’s always a new twist added to it.

Naturally, to travel from one mission to another, or getting to the next side objective you’ll be web swinging a lot throughout the city. And Insomniac have given us some of the best swinging mechanics, since Spider-Man 2. The way you see Spider-Man move and animate as he swings through the skyscrapers of New York, make the character feel more alive than ever before. Spider-Man not only looks good, but they feel amazing to play. Everything feels and flows naturally, from web-zipping to running across the side of buildings, swinging from a web has never been this good. Things feel especially good whenever you’re in a state of flow, not touching the ground once and just gliding through The Big Apple, as if your own playground. Adding to the overall swinging is the music that swells up as you build your momentum and then crescendoing as you come to halt. It’s a great touch that adds that much more life to Spider-Man’s web swinging. A nitpick, personally, is that you’re not given enough air tricks to do to make things look that more stylish. It doesn’t take away from the swinging overall, but is something that feels missing, especially if you’re a fan of Spider-Man 2.

As for combat, you’re given a lot of tools in your arsenal that gives you different ways to tackle the same situation, especially when it comes to stealth. Nothing is quite as satisfying as using a well placed tripwire that webs an enemy to a wall, or even using it to web two enemies together. While there are many gadgets to use and mix things up, the hand-to-hand combat leaves things to be desired. There are no specific combos in the game that add variety to the ever mindless square button mashing. The gadgets do help, however after a while, seeing Spider-Man do the same attack animations does get quite stale. It would’ve been cool to have time-specific button presses to execute different combos, so that players who want a bit more of a challenge can feel rewarded. Nevertheless, beating up bad guys still feels good, but could’ve been done better. 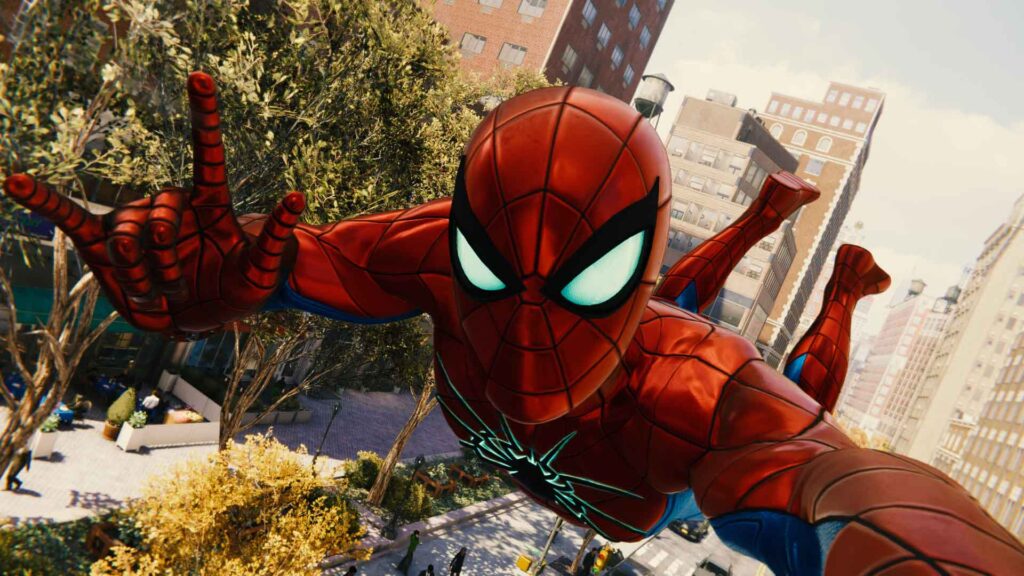 Marvel’s Spider-Man nails one thing above the rest and that’s its presentation. Everything feels great, but the added polish of the visuals, voice acting, and music make this game the complete package. New York has never looked better, with various time of day settings, to sounds of the hustle and bustle of the busy streets. You can even stop by and greet your fellow New Yorkers, with some being huge fans of you, while others detesting you. One thing that blew me away was crawling on the walls of buildings and being able to see an actual room through the window. No more blurry window reflections, but actual lived-in New York apartments. As for the actual citizens themselves, they look good, but they’re animations can seem lifeless and robotic at times. Overall Insomniac have done a fantastic job bringing The Big Apple to life and making you feel as if you’re actually in New York City.

The main characters are where the visuals and voice acting performances shine and sell the story presented to you. Seeing Peter smirk as he looks at Mary Jane, hearing the love for Peter in Aunt May’s voice, or hearing the frustration over Spider-Man in J. Jonah Jameson’s voice, it’s some of the best stuff the PlayStation 4 has to offer.

Marvel’s Spider-Man has been a blast of a ride from start to finish. The moment I booted up the game until I rolled credits, I never wanted to put the game down. It’s the best Spider-Man game out there, period. You get to experience not only what it’s like to be the wall crawler, but even the man, Peter Parker, himself. It’s a game that is a must in your PS4 library, whether you’re a Spider-Man fan or not. I can’t wait to see where Insomniac take this series from here. All I know is I’ll be there day one, and I guarantee you will be too. 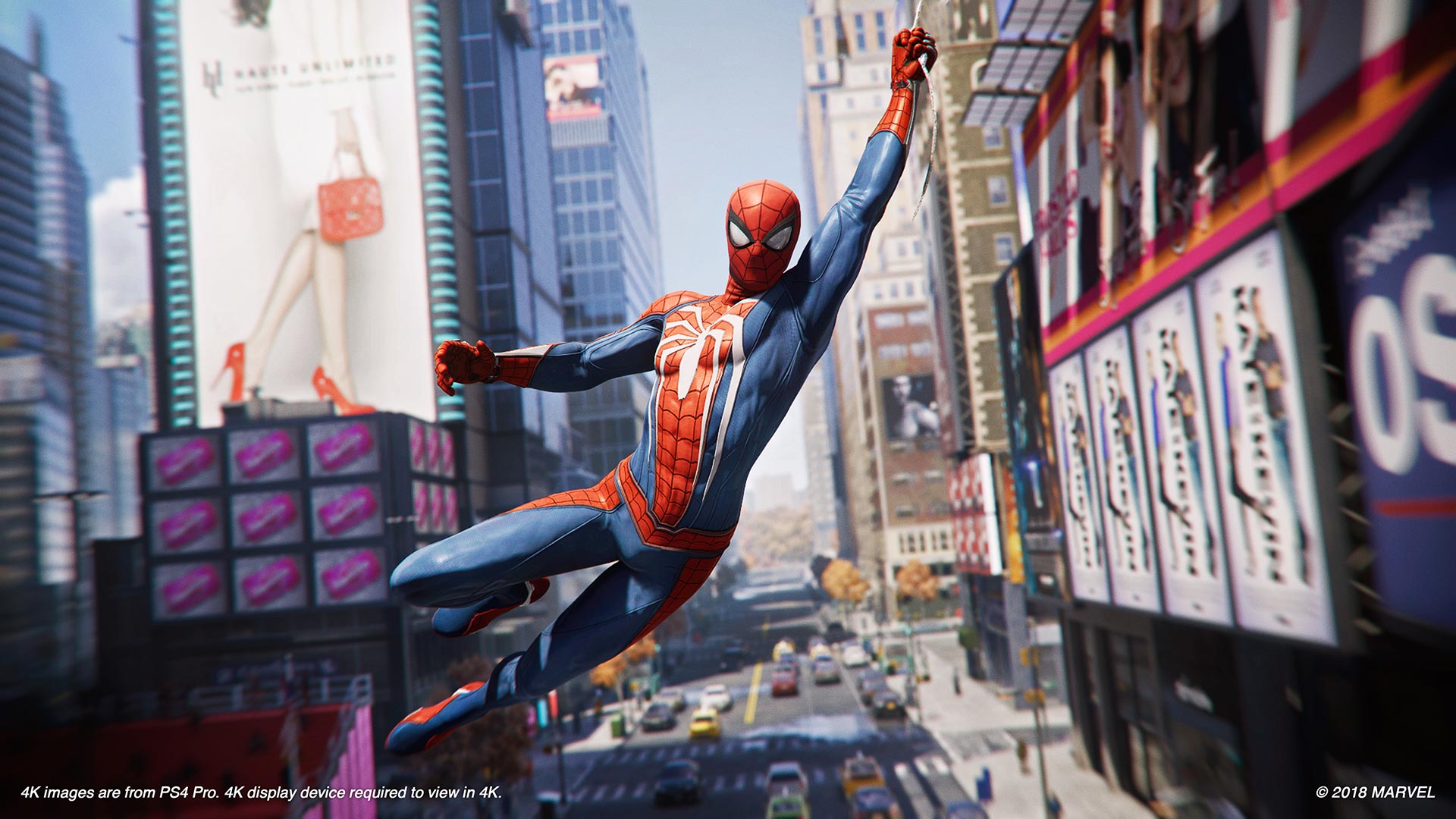 Marvel's Spider-Man Review
Score Definition
May it be the likes of Shadow of the Colossus or Metal Gear Solid, if it’s quite there but not enough to push the boundaries, it’s still an awesome game.
Pros
Web swinging
Beautiful presentation
Character relationships
Overall great story
Lots of objectives to do in New York
Cons
No combos in combat
Story pacing
9.5
Excellent