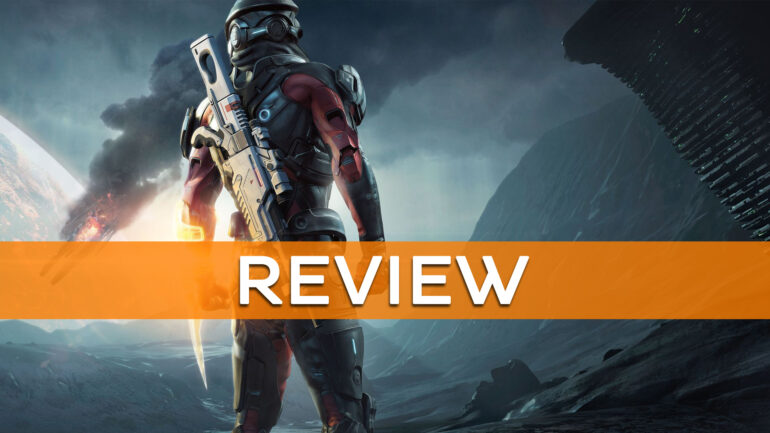 “I’ve never played Mass Effect.” Five words that have earned me the stink-eye from gamers spanning the globe. The original Mass Effect trilogy is one of the most beloved game franchises in modern times, the first being released not even 10 years ago. So, when Mass Effect: Andromeda was announced as a game that could be enjoyed without having experienced the trilogy, my excuses fell on deaf ears and I was quickly peer pressured into entering the Mass Effect universe.

Because of how large and vehement the Mass Effect fan base can be I have done a bit of my own research into the original trilogy for the occasional comparisons to gameplay, but for all intents and purposes this review is written from the point of view of someone who has not played the others in the franchise. This game was hyped as something that could be enjoyed by a newcomer, so we really wanted to put that theory to the test. 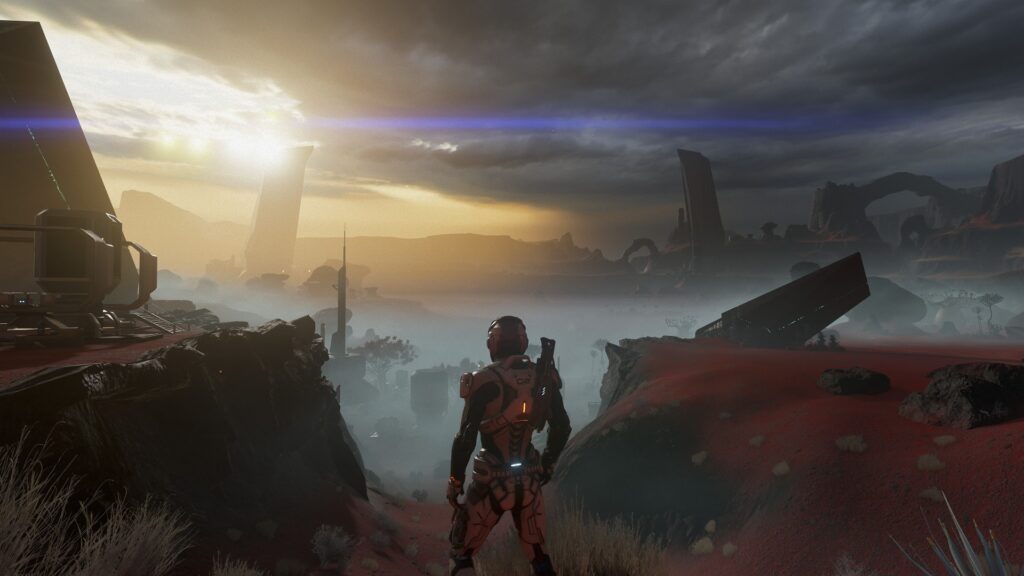 Mass Effect: Andromeda takes place roughly 600 years after the Andromeda Initiative leaves the Milky Way with lofty ambitions of discovering a “golden world” in which to begin life anew. One of the first things you notice in the world is how deep each character’s history is.

By speaking to the different passengers you have the chance to learn their stories, dreams, and fears revolved around the Andromeda Initiative, but playing as Ryder you also get to create your own perspective on the newly discovered galaxy being discovered around you. 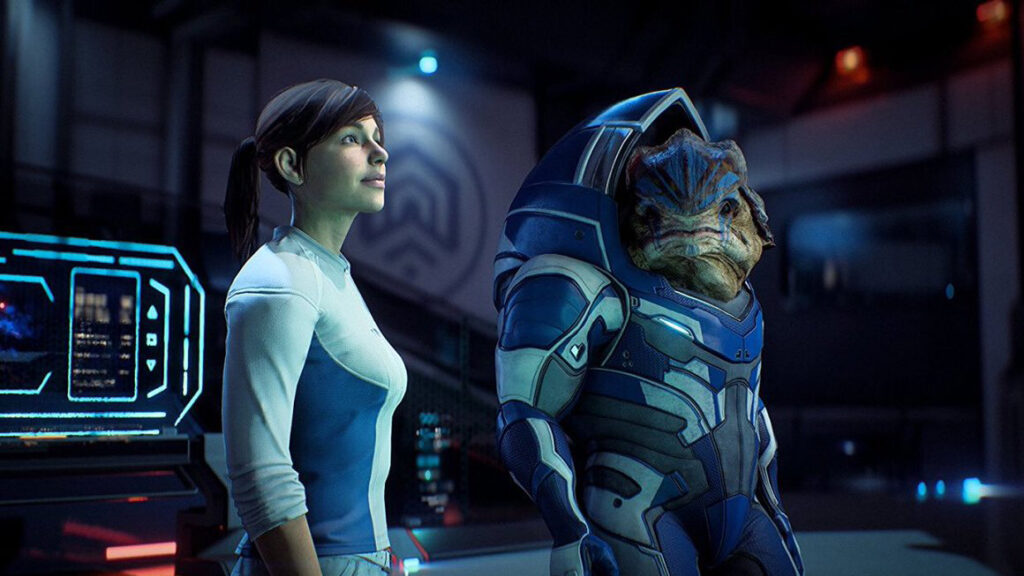 You play as Pathfinder Ryder, one of the first sent to set foot on a potential new “golden world” for all those aboard your ark to call home. Soon thrust into a role you hadn’t prepared for in a galaxy never before explored it’s now your responsibility to colonize new worlds and save all those aboard the Nexus.

The worlds you explore and the overall universe that BioWare has created is beautiful imagined and detailed in ways I never knew I needed before. The depth added to everything from the environment to the characters you encounter are all well thought out and evoke emotion from fear to sympathy.

The combat itself is a lot of fun and never feels out of place, but definitely not the shining star of the game. It’s not that there’s anything wrong with the combat. In fact, it’s a lot of fun and depending on the chosen difficulty setting can give you as much or as little of a challenge as you’d like. I personally just couldn’t wait to get through the action to continue on with the overall story itself. 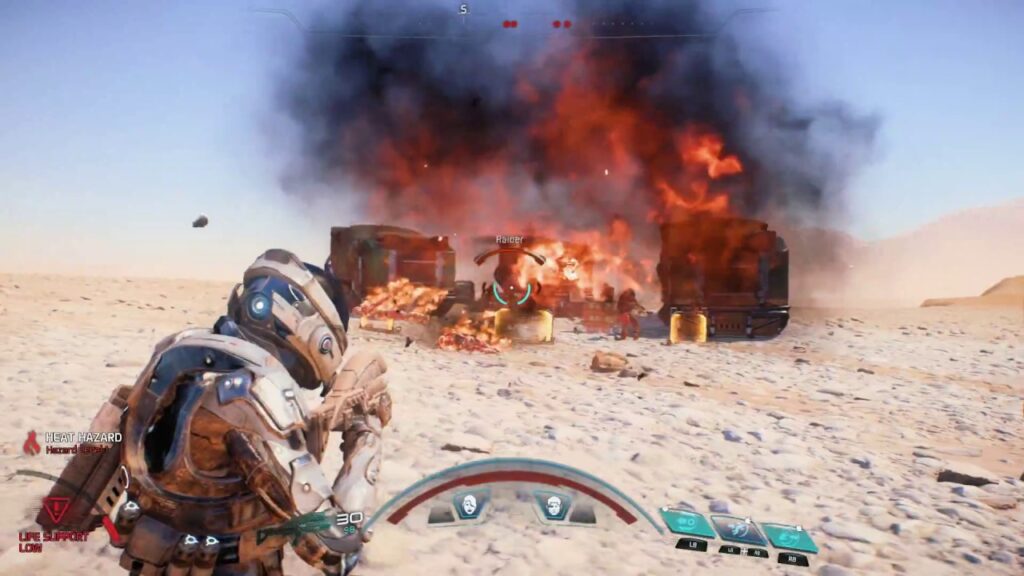 The soundtrack is great and fits in well with just about every moment. It’s tough to have anything negative to say in this regard, but it does kind of tie into the key problem people have been having with the game, which is the graphics.

While a lot of the glaring issues with the character graphics were resolved in the first patch rolled out by EA, there can still be a bit of stiffness and overall woodiness to the characters when experiencing tremendously emotional moments. That being said, it’s not the problem that many have made it out to be. I think at the end of the day it’s the one primary complaint I have in regards to Mass Effect: Andromeda and it’s not that big of a complaint. 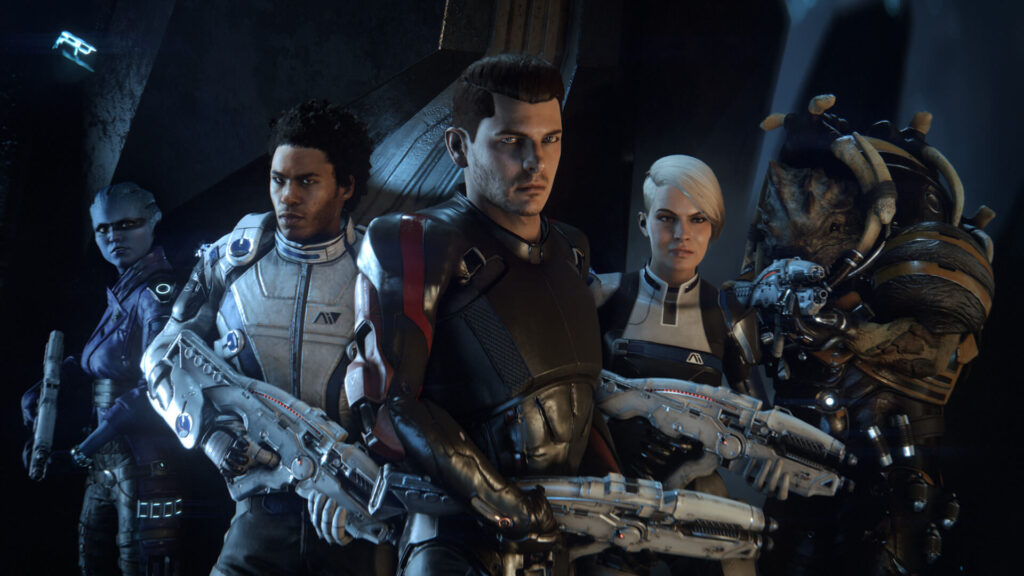 The universe is massive and the amount of exploration you can undertake can sometimes seem daunting. It’s one of those games that can be almost annoyingly fun because of how much there is to do. The side quests are interesting and always leave me knowing more and wanting to know more while the main quest is exciting and emotional in all the right ways.

From the perspective of a new fan of the Mass Effect franchise, this game was a huge amount of fun and I never felt myself left out for not having played the other 3 Mass Effect games.

Now, I have to make the decision to either play through Mass Effect: Andromeda again to experience all the stuff I missed or go back in time to explore its history with the original Mass Effect trilogy.