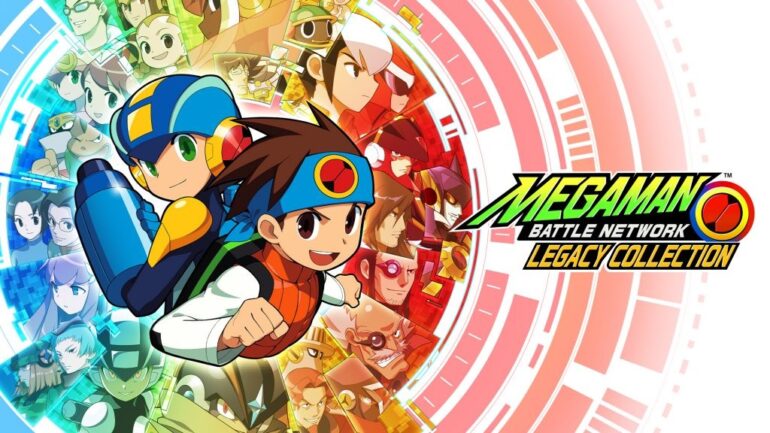 Features included in the Legacy Collection

In addition to the official illustrations of the past, rare materials such as setting pictures and rough designs are also included. If you include “Mystery Data”, which is a collection of illustrations related to events and goods, you can browse a total of more than 1000 illustrations!

Includes 188 BGMs used in the game! You can also listen to your favorite songs in repeat mode or set it as the BGM on the gallery screen.

Equipped with a high image quality filter that is also popular in the ” Rockman X Anniversary Collection”. Enjoy the gameplay with soft drawings that make jaggies inconspicuous. Of course, the filter can be turned ON / OFF at the player’s discretion

What is Megaman Battle Network all about?

200X, the era of networks due to the rapid development of the Internet. People have been able to benefit from a number of network technologies through mobile terminals called “PETs”
and the personality program “Net Navi. “However, while life became more convenient, numerous online crimes were also caused.
The main character “Lan Hikari ” and his pet navigation “Megaman” will work together to confront numerous incidents.

Megaman Battle Network Legacy Collection is set to be released on the PC, PS4, and Nintendo Switch in 2023. Copies will be sold both physically and digitally. For more info, please visit their main website at CAPCOM.