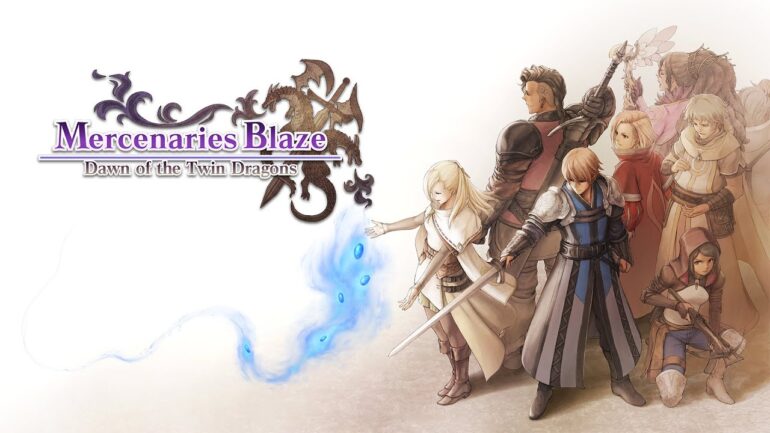 Game company CIRCLE Entertainment recently announced its final release of 2020, a continuation of a tactical RPG series that has gained fans across Nintendo DS and Nintendo Switch, Mercenaries Blaze: Dawn of the Twin Dragons.

The upcoming fifth title of the Mercenaries series will be coming to Nintendo Switch eShop on December 17.

The game will feature a long campaign with gameplay depth and an interesting story. Players can grow their team by clearing strategic turn-based battles with a lot of optional missions and details to consider. They will have to think of how to upgrade their characters and what kind of equipment or skills to prioritize in battles.

The tactical RPG is played out from an isometric viewpoint and characterized by increased versatility as players position characters not just in terms of elevation and enemies, but also to maximize attacks and defense depending on the direction they face. There are different kinds of weapons and skills that can be used smartly for the best results.

New to the series for Mercenaries Blaze: Dawn of the Twin Dragons are fully 3D Battle Maps, along with improved visuals and audio. Character designs are from Mr. Masayoshi Nishimura, with the varied cast telling an exciting and surprising story.

Though the entire series is available on Nintendo Switch (Mercenaries Saga Chronicles, Mercenaries Wings: The False Phoenix), this latest entry can be enjoyed by newcomers as well as series veterans thanks to its standalone story.