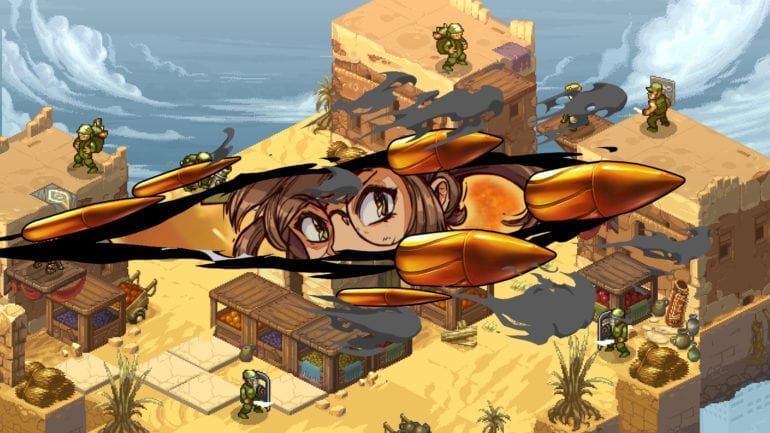 The latest installment in the famous Metal Slug franchise is coming to Nintendo Switch. This is confirmed by none other by Nintendo itself during its Indie World event yesterday, Polygon reported.

According to the article, the Nintendo Switch port will likely drop sometime next year together with the PC version that was reported in June.

Players are familiar with Metal Slug from the run-and-gun games from the late 90s and throughout the early 2000s. The gameplay and the characters themselves have become iconic to a couple of generation of players, and now publisher DotEmu and developer Leikir Studio are breaching new territory with a brand new game, Metal Slug Tactics.

The team behind Metal Slug Tactics, together with SNK, officially unveiled the project in June through a press release and a trailer.

Available information back then showed the classic Peregrine Falcon Squad on a new mission with new parameters. The beloved characters of Marco, Eri, Fio, and Tarma are back to take on familiar enemies with weaponry gamers will love to play with once again.

It was also announced that the game will be available on PC through the Steam platform.

Reminiscent of Final Fantasy Tactics by Square, Metal Slug Tactics subjects the player to grid-based and turn-based tactical combat. Gamers have to figure out how to place the individual members of the team to maximize their advantages to defeat the enemies. A major departure from the game’s arcade and linear roots, the game now introduces the concept of strategy and tactical warfare.

Metal Slug Tactics will feature music by the highly talented Lee Topes, whose repertoire include the soundtracks for Teenage Mutant Ninja Turtles: Shredder’s Revenge, League of Legends and Sonic Mania.