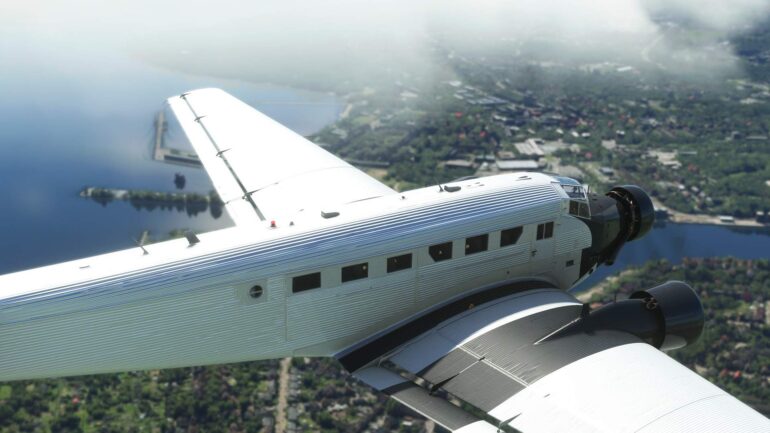 Head of Microsoft Flight Simulator Jorg Neumann recently announced the new major updates for the game that will be coming to the PC and Xbox Series X/S versions.

World Update VI is the first one of the major updates for Microsoft Flight Simulator to be announced, which will be a big update on the region of Germany, Austria, and Switzerland. There will be new aerial imagery, high-resolution elevation maps, and several new 3D cities in Germany, Basel in Switzerland, Graz and Vienna in Austria have been drastically enhanced the visuals and its mountain-ranges of the Alps. 100 famous locations have been added too with several airports like Lubeck, Stuttgart, and more. This will be available in the marketplace for free on September 7, 2021.

There will a new series called Local Legends, which will be added together with the World Update. These will be from the region where the world update will be implemented. The latest one is the famous German plane from the 1930s called the Junkers JU-52. It is priced $14.99 and will be available on September 7, 2021.

Microsoft Flight Simulator has also partnered with Volocopter, a Germany company that is creating a new aircraft called the eVTOL air taxi for urban flights called VoloCity. It will be available this coming November 2021.

Lastly, the Reno Air Races expansion pack has been announced. This is in partnership with RARA or the Reno Air Racing Association so that they can bring the famous STIHL National Championship Air Races to the game. This will be the first major expansion for the game and will be available this coming Fall 2021.