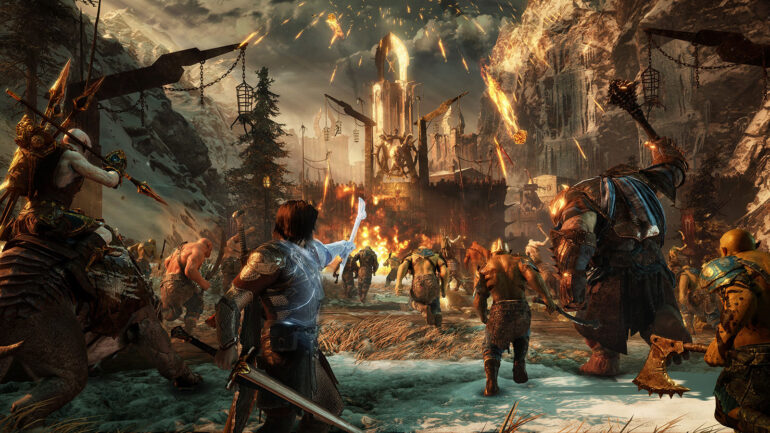 In a recent report by Wccftech, Monolith’s Design Director Bob Roberts told the publication at E3 2017 that Middle-earth: Shadow of War will definitely run at native 4K on Microsoft’s Xbox One X. When asked about the PS4 Pro, Roberts said “the team is still trying to optimize and didn’t have exact specifications on what will be final on the console” to Wccftech. However, Monolith is still doing everything they can to make it possible on the PS4 Pro.

And it will also look better on Xbox One X, confirms Roberts. “Yeah, it’s a crazy powerful box, it will be the prettiest possible version of the game”.

According to Roberts, the game will run at 30FPS across all consoles — whether or not if they have hadware advantage. “We’re not shooting for 60FPS at the time, we are trying to milk more graphics out of it and just make sure it always stays above 30 smoothly.” Bob Roberts told Wccftech.

It’s nice to see them push on this side of the technology.”

Middle-earth: Shadow of War is going to launch this year on October 10 across all three major platforms: PS4 (including Pro), Xbox One (including X), and PC.