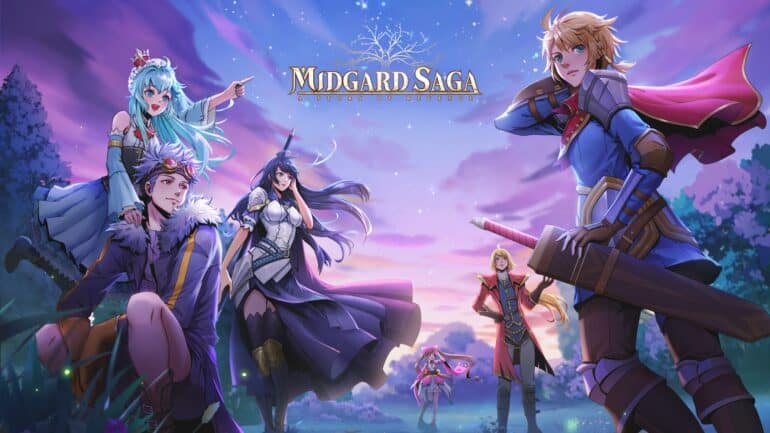 Yeeha Games has recently announced that RPG Midgard Saga is finally available on Google Play and the App Store in certain parts of Asia.

The strategy-focused Role-Playing Game Midgard Saga has finally landed on mobile devices in Southeast Asia, Hong Kong, Macau, and Taiwan. The devs have also released the launch trailer which can be viewed above.

Midgard Saga transports players to the lands of Midgard. Follow the journey of Prince Forseti after his father, King Crowe, mysteriously died. Suddenly, the world of Midgard falls into chaos after his death, and it is up to the prince to restore order to the lands, reclaim his kingdom, and possibly avenge his dear father.

Midgard Saga has easy mechanics to understand, but with strategic design that might be hard to learn by others. Players can enjoy the following in this game:

Aside from that, Midgard Saga has implemented NFTs to enhance the game’s experience. NFTs are used in Midgard Saga to add more value to the game’s assets without disrupting the core game experience. Players will be able to trades and exchange via Yeeha Games. They can keep some of the game items in the real world with this integration.

Midgard Saga is out now on mobile.