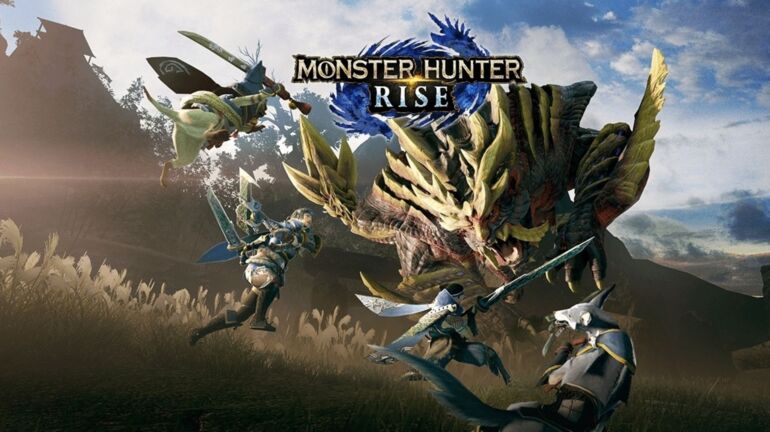 CAPCOM has released a new video about Monster Hunter Rise, which purely focuses on how the Rampage quest type is handled.

The Rampage quest type is a unique event where tons of monsters will be attacking the Kamura village you guys live in. You will have to prevent the gates from falling and fell as many monsters as possible that are trying to claw their way inside.

Players will have to utilize every tool and device you will find in the battlefield to give your character an edge. They are encouraged to install defense mechanisms on pods, which include cannons, ballista, and more. Make use of the environment too.

There are different types of monsters to be wary about during Rampage. There are icons above its head to reveal what types they are.

The blue icon monsters focus more on destroying the gate, which makes it the easiest monsters to deal with cannons.

The red icon monsters are aggressive against hunters. Be careful not to get caught with their frenzy attacks.

The green icon monsters fire ranged attacks against hunters. It is best to defeat them at once when they appear.

The major threats are one of the most dangerous monsters to deal with. Again, they should be dealt with whenever they appear. You would not want to have survivors when the next one appears.

The Apex monsters are the monsters to be feared most. When they appear, they are the most dangerous ones against the players. They must be dealt with right away. Remember, asking for help from friends can only be done once per battle. If they die within that match, players will get a new chance later on.

When the gates come down, the game ends.