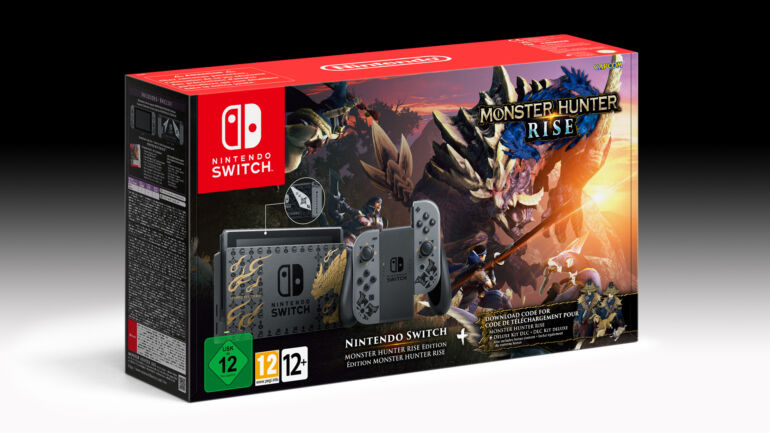 Game company Nintendo has announced that upcoming video game Monster Hunter Rise will be getting its own Nintendo Switch Limited Edition.

The limited edition will have a special dock with MH Rise designs, a pair of Joy-Cons, and a handheld unit with the pre-installed copy of the game. Nintendo Europe on its official Twitter account has it differently as the game comes in a download code that will be included in the bundle. It will also have a Deluxe Kit DLC and bonus content.

Both limited edition console and controller will be released on March 26, which is the day the game will launch exclusively on Nintendo Switch. According to the Japanese store, the console will cost 38,400 yen, which is approximately about $370, while the controller is 7,480 yen, which is equivalent more or less $72. More details will be revealed later with Nintendo America making it official.