A must-buy item for any Monster Hunter Rise fan. 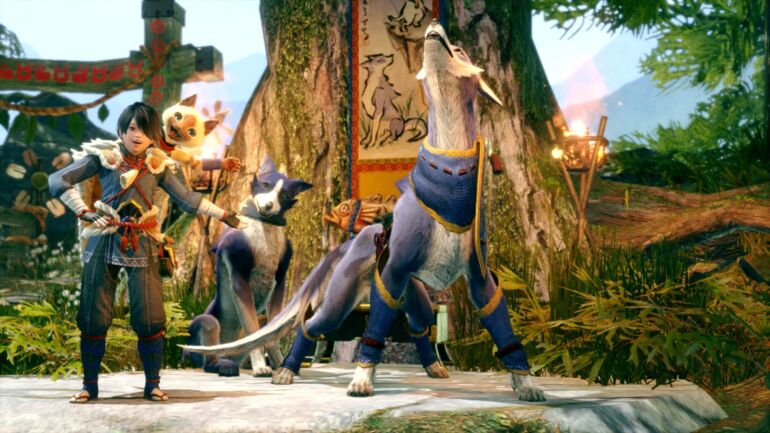 The figure is of the popular Palamute and Cahoot and it will more or less cost $148 or exactly $16,500 Yen. Interested fans can now pre-order the figure on the official website (in Japanese), with shipments expected to arrive by November 25,2021. Unfortunately, there is no confirmation if it will be released outside of Japan at this time.

The figure features the cute Cahoot and a rather happy Palamute with some detailing unique to Kamura Village. They are both sitting on top of a kabuto, which has the crest of the village. Both creatures are wearing the Kamura garb from the game.

Monster Hunter Rise is now available on Nintendo Switch. A PC version will be released early next year.