Three new subspecies of monsters will be added with the new expansion at launch! 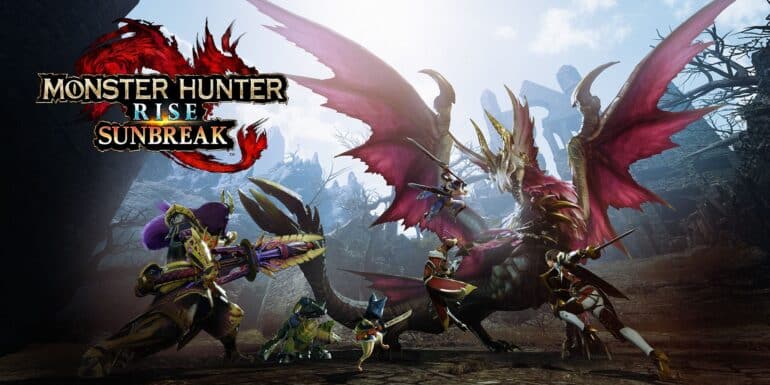 The Flying Wyvern Seregios is also known as the thousand-edged dragon. This monster is highly territorial and also known for its high-flying maneuvers and incredibly sharp Bladescales coating its body. Players who will be caught unaware when this monster sheds its scales will be getting the bleed status.

The Aurora Somnacanth is a subspecies of the Somnacanth. It can release a constant chilling mist that can freeze anything that will get too close to it. It can also smoothly glide across ice to strike its target and can breathe powerful ice breath.

The third monster subspecies is called the Magma Almudron. It lives in the Lava Caverns where the heat is intense and unbearable for any normal human or creature. It can augment its attacks with molten stone to overwhelm hunters that will threaten it.

Aside from these three monsters, the main star of the expansion, Elder Dragon Malzeno was mentioned. It has the capacity to bring entire kingdoms crumbling down. This monster can control a mysterious swarm of parasitic entities that could capture and then absorb their energy. When it gets attacked directly, it can return with attacks with elegance and ferocity, which was inspired from the vampire. Inflicting their prey with bloodblight status will then start a chicken fight on who dies first. Lose the duel and Malzeno will turn into a more terrible monster than its original form and will be knocking out the rest of the survivors.

Monster Hunter Rise Sunbreak launches on June 30, 2022. It will be available on both Nintendo Switch and PC.