Transform your Palamute into the powerful lupine sun god Amaterasu. 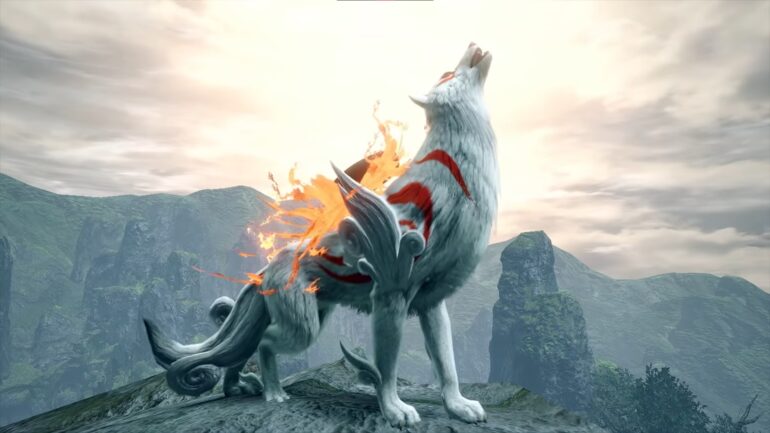 Game company CAPCOM has recently announced that popular game Monster Hunter Rise will be getting a collaboration event with Okami.

There will be an Okami event by the end of this month, July 30. This is the latest cross-CAPCOM collaboration event for this game. It is part of the game company’s planned slate of downloadable additions to the game.

The event will have a special quest that will reward players with the Ammy Costume after completing it. It is a layered armor for the player’s Palamute, which turns it into Amaterasu, the lupine sun god that stars in Okami. It also has a special effect where the Palamute would leave a trail of blooming greenery in its path when it sprints.

Aside from the costume, gameplay was shown featuring the Palamute layered armor. It also shows the Palamute using weapons that look like Amaterasu’s Glaive and Reflector gear. The players also have an insect glaive that looks like a big ink brush.

Monster Hunter Rise will start its Okami collaboration event on July 30, 2021. The game is already available on Nintendo Switch with plans for PC later.