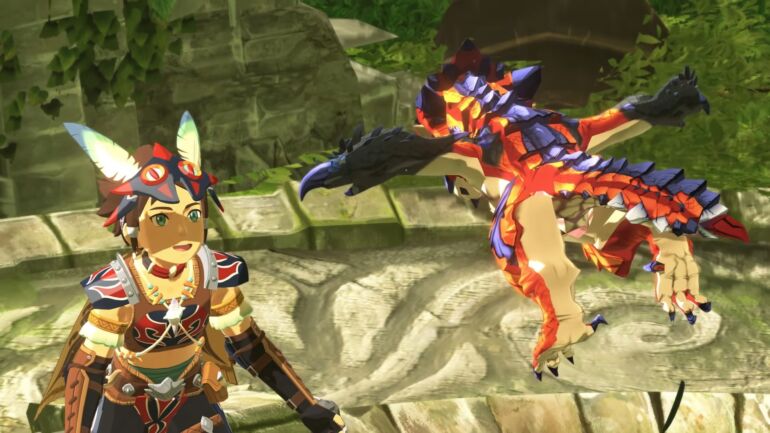 This title is part of the spinoff series of the Monster Hunter main series. Monster Hunter Stories 2: Wings of Ruin is the direct sequel to the original Monster Hunter Stories. Players will be taking on the role of the protagonist that has adopted a legendary Razewing Rathalos and raise it to full growth. The rider tasked to take care of this Rathalos is asked: Will it become a powerful ally or become a monstrous terror to the world? Will you take responsibility?

A new trailer of Monster Hunter Stories 2 was already uploaded after the Monster Hunter Digital Event. It showcases how the game would look visually, gameplay, background story, and voice acting. So far, it looks to be a promising new game to try out later on.

Monster Hunter Stories 2 will have a Deluxe Edition that contains tons of goodies to have. You will get the base game, a new outfit for Ena called the Kuan Coat, Layered Armor for the Player called Raze Wing Armor Alpha and Beta, Sticker Sets: Adventure Buddies 2 and 3, Hairstyle for the Player: Spiky Nergal, and Outfits for Navirou: Pukei-Pukei Costume and Nergigante Costume. There is also the pre-order bonus, which is an outfit for Ena: Kamura Maiden Outfit.

Aside from the Deluxe Edition, Monster Hunter Stories 2 will introduce three new amiibo figures for fans to collect. These are the Ena amiibo, Razewing Ratha amiibo, and the Tsukino amiibo. Each figure can unlock a different special layered armor set in the game.

Monster Hunter Stories 2: Wings of Ruin will launch worldwide on July 9 on Nintendo Switch and PC via Steam. Check out the official website here.