Where Monster Hunter truly succeeds is in making the combat captivating 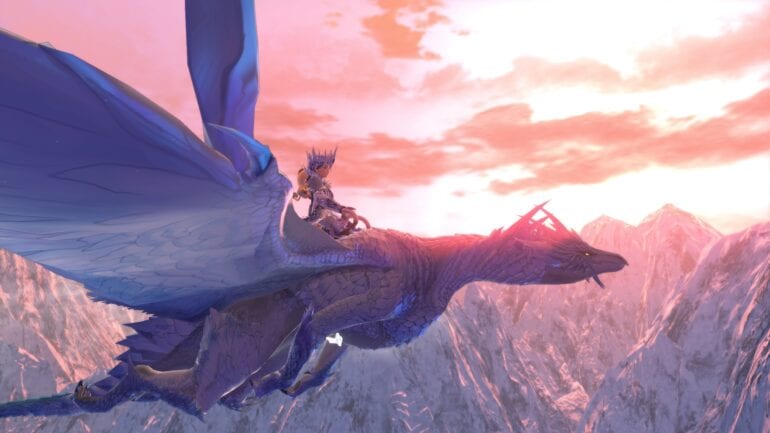 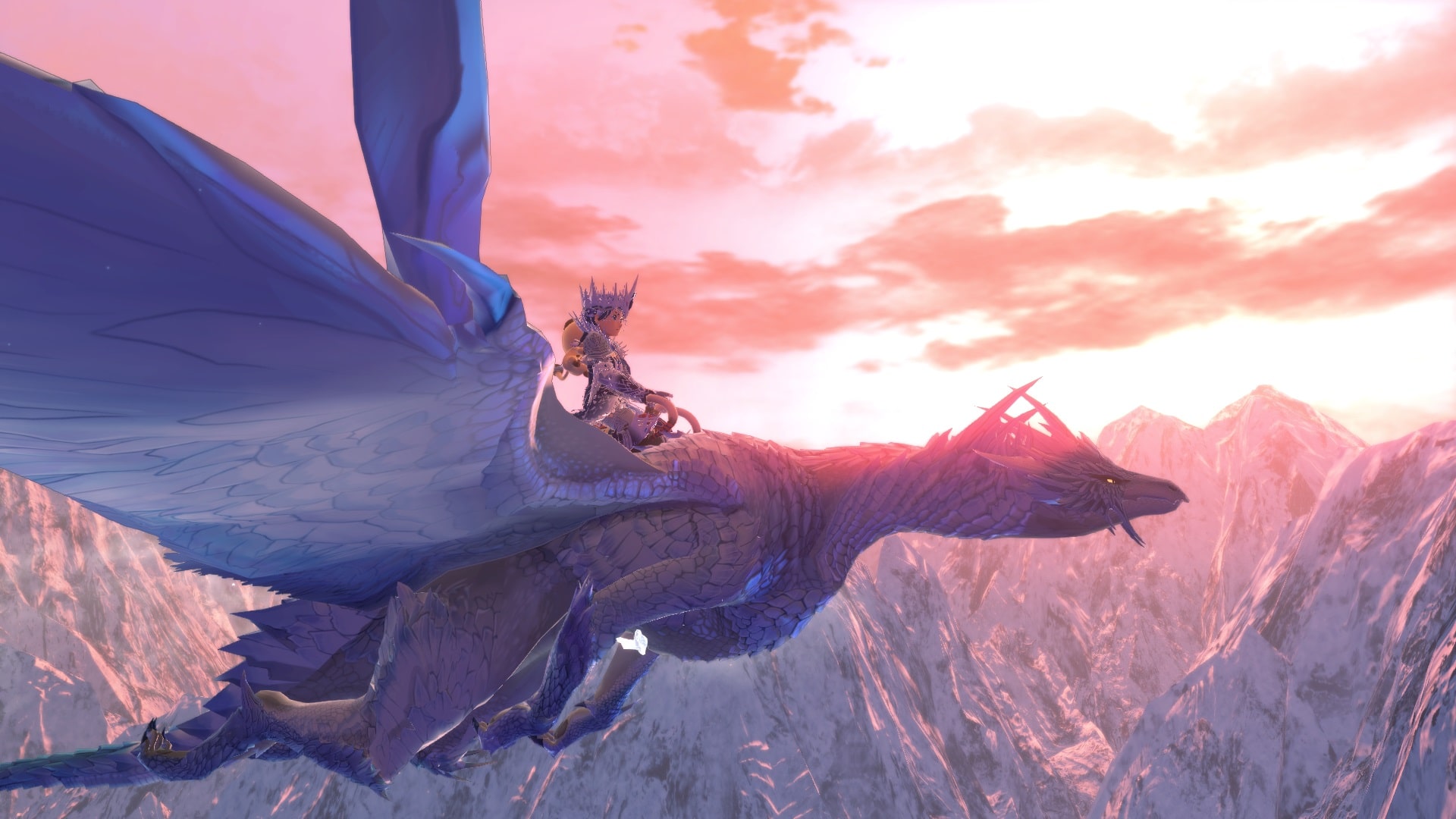 As someone who played a fair amount of Pokemon in their youth, I find it difficult to really sink my teeth into the newest entries. The franchise now feels stagnant with minimal improvements to the formula established some 20 plus years ago. Luckily, Monster Hunter Stories 2: Wings of Ruin takes us on a fun ride while delivering a fresh take on the collectable monster RPG formula

Monster Hunter Stories 2 definitely skews its demographic more towards a younger audience with its vibrant and colorful art style, Monster Hunter World and Rise are much more mature games on all accounts, but the more whimsical nature of MHS2 works to its advantage. Graphically this game isn’t a showcase, textures can look muddy when you take the time to really inspect them coupled with grass and shadows that pop in and out frequently. You can tell that getting MHS2 running well on the Switch was at the forefront of the developer’s mind with the PC version being an afterthought. However, that does not stop Monster Hunter Stories 2 from looking really great in cutscenes where the detailed and unique character models really shine. Each side character has its own distinct style and at no point did I ever think a character was reusing assets from another. Toss in some great camera work in cutscenes and MHS2 ends up being an engaging and fun ride.

The framework from classic Monster Hunter games that we all know and love seeps into every corner of MHS2 which helps distinguish it from simply being another Pokemon competitor. When it comes to world design you can tell that Capcom took the base Monster Hunter aesthetic and stripped everything back to make a less visually intense game. There isn’t a really huge detailed village and the overworld isn’t as robust with foliage and complex landscapes as the classic games but Monster Hunter Stories 2 takes a simple and straightforward approach in what it wants to be. Side quests are still collected at the message board, specialized vendors still litter the hub areas and the village architecture looks like what you would expect from Monster Hunter but with an anime style JRPG coat of paint.

Compared to the action RPG style of gameplay from the classic Monster Hunter games, MHS2 takes the monster hunting action and turns it into a turn-based RPG resulting in some of the most interesting turn-based combat that I have played in recent memory. How well you do in combat is based on a few factors which keep the combat experience always feeling fresh. First of which is weapon type; every monster type has an innate weakness or defense to slash, blunt or piercing weapons so it is your duty to deduce which weapon is most effective against the enemy you’re fighting. Secondly is the rock-paper-scissors combat mechanic where things get very interesting.

There are three attack types that the game operates with; power, speed, and technical. Power counters technical, technical counters speed, and speed counters power. Within a combat encounter it’s up to you to juggle and remember these mechanics, deduce what your enemy attack type is and attack accordingly. Not to mention various elements that switch up combat encounters such as head-to-heads, double attacks, enemy rage states and your kinship gauge. The kinship gauge in particular is my favorite part of combat in MHS2. It fills up as you work in sync with your monsties and the payoff is a super flashy ultimate attack that keeps you wanting to collect monsties just so you can see what special attack each monstie has. And just like in standard Monster Hunter, you can target specific areas of a monster to break off pieces that you can later use to craft better weapons and armor. A lot of the combat mechanics described should sound very familiar to Monster Hunter veterans. Capcom’s biggest success is taking so many elements from the classic Monster Hunter games that can be fairly obtuse and converting them into a turn-based system that is both deep and easy to pick up.

It wouldn’t be a monster game without some beasts to collect along your journey and Wings of Ruin finds a creative way to make monster collecting an interesting experience. Adding a new monstie to your arsenal involves crawling a monster den where you will find a sleeping monster guarding its nest. Your task is to scavenge the nest and discover the best egg you can find while being careful to not awaken the sleeping guardian. It’s a more drawn-out process than simply tossing a ball and hoping that the monster decides to stick around and at times I found myself wondering if this is at all ethical but it was always fun to scurry out of a den with a smelly egg in hand. Once you’re back at the stable you can hatch the egg and the stable is your hub for everything surrounding party optimization.

Monsties have a Rite of Channeling mechanic wherein you take the genes and abilities from other monsters in your arsenal to beef up another one. The monstie you choose to take genes from is lost so there is always a tough decision to make if you really like one monstie over another but would like to optimize your party for success. The Rite of Channeling is another way that MHS2 has you always thinking ahead even when not in a combat scenario. With 81 monsties to collect you’re sure to spend a lot of time in monster dens across the multiple biomes to collect them all.

Wings of Ruin’s weakest point is the story. Don’t get me wrong, the main storyline does a good job at being compelling as you take control of a young monster rider following in the footsteps of their grandfather Red, one of the greatest monster riders to ever live. The Rathalos have been mysteriously disappearing from the world and monsters everywhere have become more aggressive. You’re handed an unhatched Rathalos egg containing a Rathalos with the wings of ruin and an evil destiny to fulfill. Accompanying you is a cast of side characters with enough lore and charisma to get attached enough to see their stories to the end. The journey you go on with the young Rathalos as you steer it away from evil and build a bond with it contains very endearing moments that could make anyone’s heart melt. The main story beats are all really enjoyable despite an admittedly standard premise.

My main gripes with MHS2’s story are the pacing and the voice acting. The bulk of story missions are 90% doing monster-slaying favors for townsfolk while 10% of the story missions actually move the plot along which makes for a story that really drags along at some points. It also doesn’t help that the first few characters you encounter have some really weak voice acting.. Not until about ten or so hours in does the story and voice acting really pick up, the voice acting not by much. After which there’s a lot of repetition in the story structure with the aforementioned townsfolk chores until the story gets really good towards the end. It would have been nice to see a little more done within that middle section of the game instead of having it be so repetitive and outright boring at times. The story that is there is solid but the main motivating factors that kept me playing MHS2 were the combat and the monsties.

Monster Hunter Stories 2: Wings of Ruin – Review
Score Definition
When the issues of a game are rolled and stomped by its greatness, then it’s something to invest on if you have some spare.
Pros
Deep turn-based combat
Fun monster collecting system
Colorful art style
Easy to learn
Cons
Gets repetitive
Poor voice acting
Awkward story pacing
8
Great