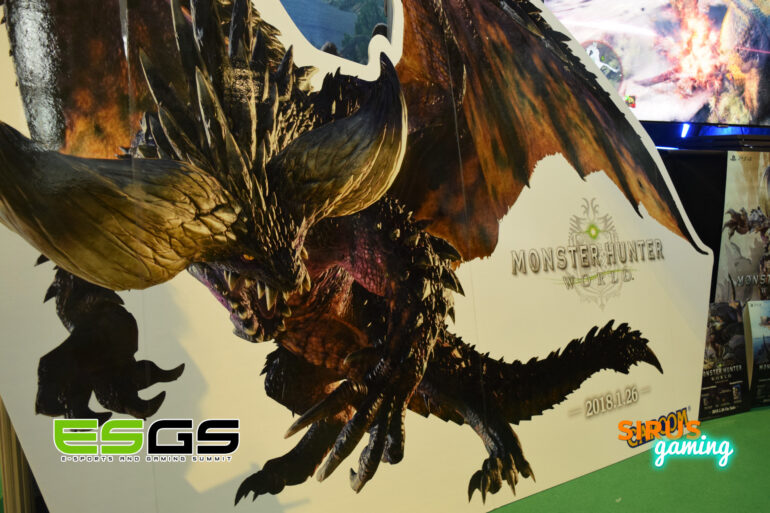 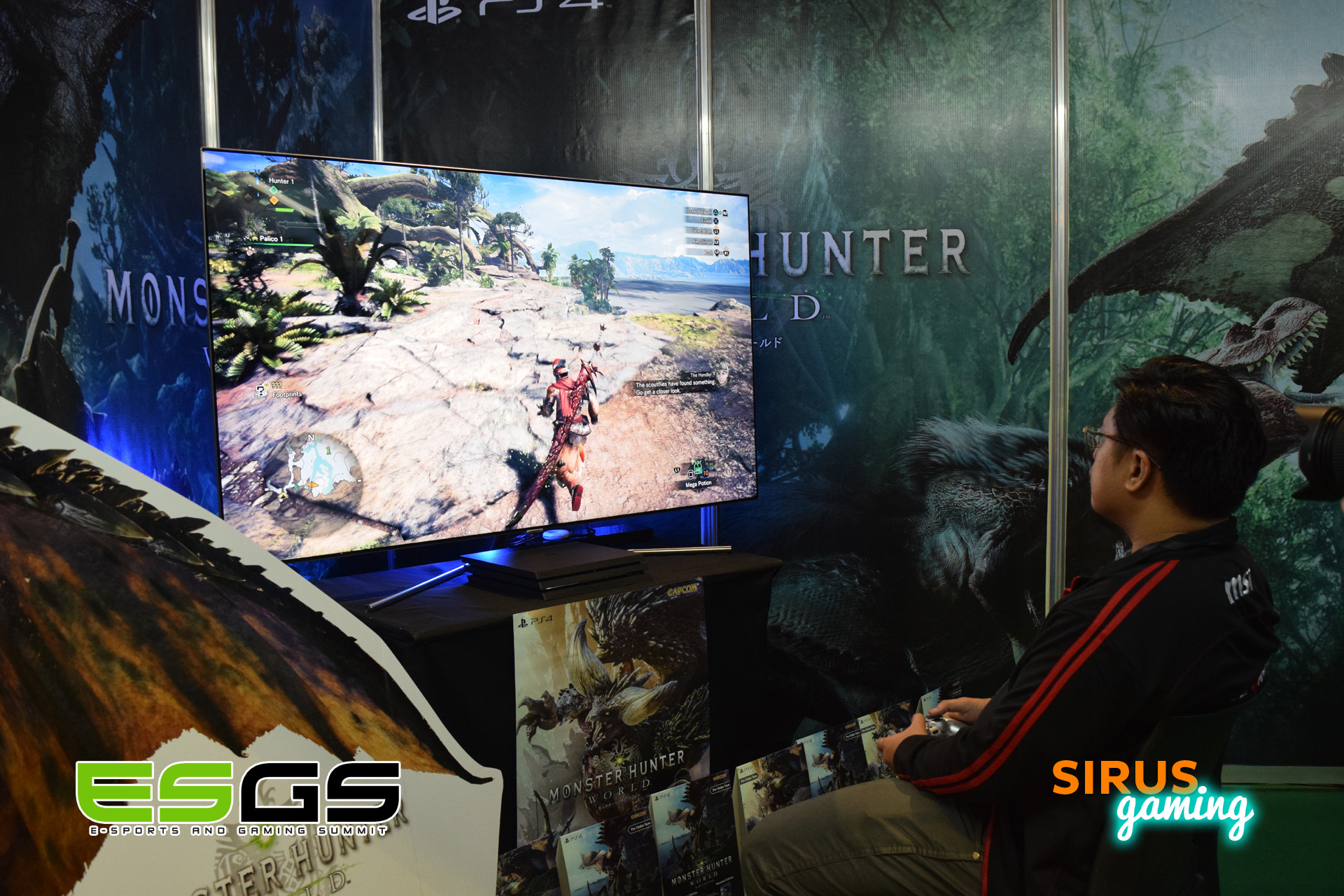 I have only played a bit of the game on its PSP and 3DS version so I can’t really say that I’m an expert when it comes to Monster Hunter and its evolution. What I can provide though is my first-hand experience to a game that has touched a lot of lives ever since its conception.

I had to wait for my turn to play the demo and although I was not as excited as half of the people that lined up, it piqued my curiosity enough for me to try it. What I didn’t expect was the amount of fun I was having while tracking down the monsters.

The demo lets you take on three monsters each with varying levels of difficulty. But before you do that though, you need to prep yourself for the dangers to come. I first checked out my equipment and see what suits me best. There were a lot of weapons to choose from. For the hardcore fans, they should be familiar to all of them while some of it maybe new. You also get to customize your armor. The armor can be crafted using materials that you get from hunting monsters.

Aside from your own equipment, you also get a pet companion which I believe is new to the series. This pet companion can be decked out with armors and weapon as well. The pet companion helps you out in battle and is a nice little addition to a game that boasts hard to kill monsters. I am not kidding when it comes to the monsters you can hunt though. They are definitely difficult especially when you don’t really know what you’re doing. I did spend most of my time learning the actions as the demo didn’t give me the luxury of a tutorial but I do welcome the challenge. 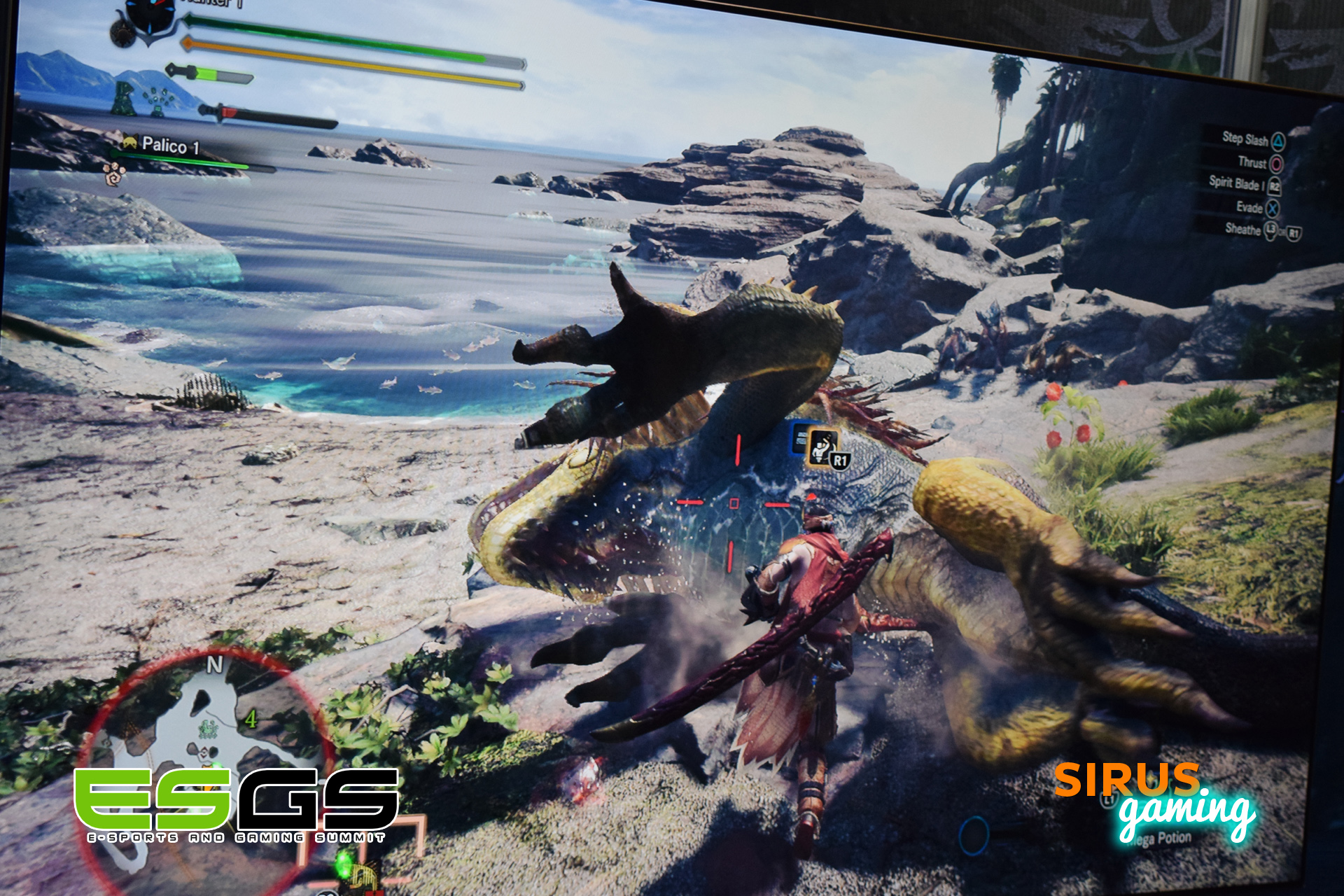 Aside from crafting weapons, you also have to think about eating a meal before the hunt. Each meal has a different attribute that serves a buff to your character. It can be anything from raising your HP or adding more strength to your character.

And so with all this in mind, I embarked on my very first hunt. I tried the moderate hunt on for size and followed the instructions that will get me closer to the beast I was hunting. Once the hunt commences, there will be a green sparkle that will point you to clues of the whereabouts of the monster. Sometimes it’s footprints, other times it’s little monsters that you have to kill. Don’t take these clues for granted.

I’m sure you’d rather want to go ahead and kill the target right away but there’s an incentive for getting the clues. Each clue provides experience points that will level up your character. Every bit of clue helps because you don’t want to face the target unprepared. Trust me, I learned the hard way and didn’t even get the job done. Not to go home defeated, I chose the easier target and got myself a victory. It was really fun tracking down the monster as it made me feel like this courageous hunter that can take on the world.

Taking down a monster is not as easy as just whacking them down. Sometimes you have to strike at certain parts of the monster for the best impact. Strike at the tail and it gets chopped off making the monster fall out of balance. Strike on their feet and they get crippled. Strike on their eyes and they will be blinded for awhile. There’s really a lot of strategy involved in taking them down especially since you have no idea when they will actually get defeated. There are no health bars so you will have to rely on the cues, like when the monster starts running away from you, you know that it’s about to die and the best thing would be to follow it before it gets any stronger again. 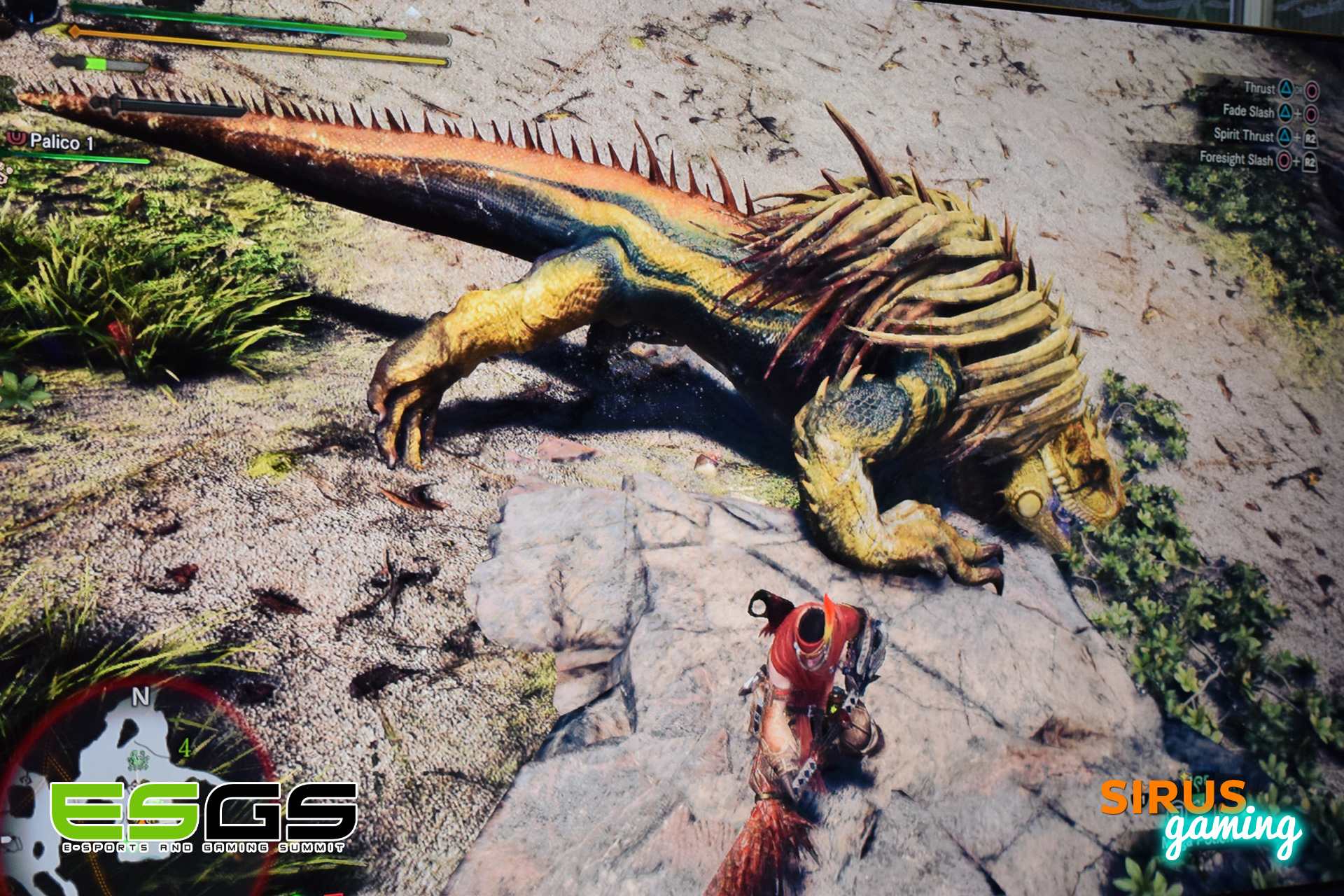 The map’s seamless open world made it possible for you to get to areas quickly without having to wait too long on a loading screen. Everything on the map was also traversable, meaning you can jump over cliffs, climb on vines and move yourself freely no matter how high or low the next area is.

Overall, Monster Hunter World is a game that is best played with a friend or two. Although we didn’t get to experience that in the demo, just imagining the thought of hunting those beasts with your friends seems like a whole lot of fun.

Be sure to head over to the Capcom booth in ESGS 2017 at the SM Mall of Asia SMX Convention Center to get your hands on Monster Hunter World!