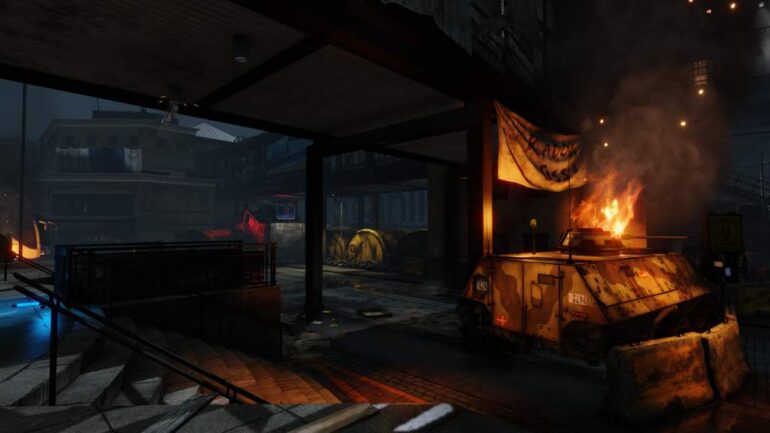 During their appearance at last week’s inaugural PC Gaming Show at E3, Tripwire Interactive proudly announced that new updates are on the way for their co-op sci-fi horror FPS game, KILLING FLOOR 2 which is available now on Steam Early Access. The Tripwire team has been hard at work creating fresh new content and continuously fine-tuning KILLING FLOOR 2 with the support of vast community feedback. Footage of recently made user-maps from the modding community, using the game’s SDK tools, are also featured in this all-new trailer as a token of Tripwire’s appreciation for their continued commitment and creativity.

There is no shortage of Zeds in sight, as fans and players can expect plenty of regular updates to come in the near future, including the free Incinerate ‘N Detonate content pack which will add 50% more content to game than the initial Early Access launch. KILLING FLOOR 2 players are also rest-assured that their stats from Early Access will not be reset. More news on these updates, including the Incinerate ‘N Detonate content pack, will be made in the near future.

Tripwire also gave fans a first look at some brand new cutting-edge gore technology, powered by NVIDIA’s PhysX Flex, which will soon be integrated into KILLING FLOOR 2. This new tech will showcase even more hyper-realistic physics effects, allowing advanced fluidity and interaction between all of the moving parts (and yes, this includes organs and intestines).

Full details of the updates for KILLING FLOOR 2:
http://www.tripwireinteractive.com/news/killing-floor-2-update-what-were-up-to.aspx

Tripwire Interactive is committed to listening and engaging with their fans for feedback and encourages players to post their feedback in the Official KILLING FLOOR 2 Forums. The purpose of the Steam Early Access period is to gather feedback from players, both experienced and new, in order to continue to hone and refine the gameplay balance to provide the best possible experience for the full official launch. Tripwire will iterate based on community feedback with goals that include adding new maps, monsters, perks, weapons, game types and more as leading up to the Full Release.

In KILLING FLOOR 2, players descend into continental Europe where the outbreak caused by Horzine Biotech’s failed experiment has quickly spread and gained unstoppable momentum, essentially paralyzing the European Union— Just one month after the events in the original KILLING FLOOR, the specimen clones are everywhere and civilization is in disarray; communications have failed, governments have collapsed, and military forces have been systematically eradicated. The people of Europe know survival and self-preservation too well and lucky survivors have gone into hiding.

KILLING FLOOR 2 is developed and published by Tripwire Interactive for the PC and is available now on Steam Early Access. A SteamOS version of the game is planned for release at a later date.

KILLING FLOOR 2 is also slated for release on the PlayStation®4 computer entertainment system in 2015. This title has not yet been rated by the ESRB but Tripwire Interactive anticipates a rating of “M” for Mature.

Stay up-to-date with the latest KILLING FLOOR 2 news and information at www.killingfloor2.com.