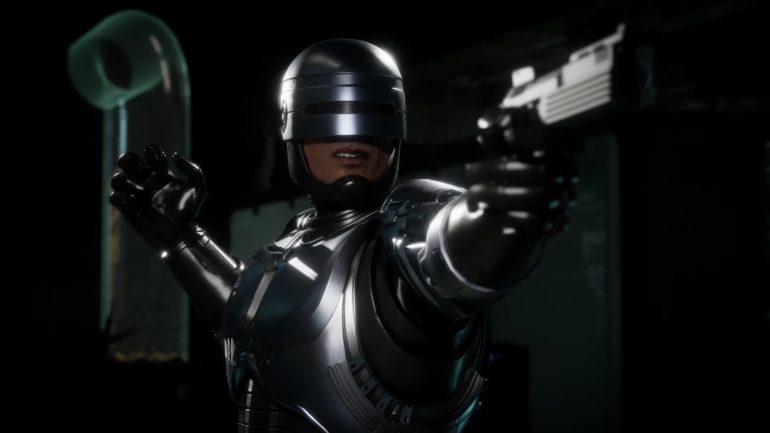 When Mortal Kombat 11: Aftermath was announced by NetherRealms Studio, many gamers rejoiced because aside from being an expansion to the main story, it also added new characters. Two characters were essential for the expansion story, but the third character was the biggest surprise for many fans. The guest character that was added with the expansion was RoboCop, a popular 80s action hero that made the gaming community and 80s film addicts happy.

To make the experience even better, the original actor Dr. Peter Weller came in and recorded his dialogue for the game.

Game director and Co-creator Ed Boon shared his experience with the iconic actor.

Boon said that the studio was very excited about adding RoboCop in the expansion Aftermath. He was the best opponent, or maybe counterpart for Terminator since they are both 80s action heroes in their own respective franchises. They represented this in MK11.

The director stated that “It was great to have Peter Weller come to the studio to record his dialogue.”

Boon said that getting the real actor to record his voice and likeness in the game has made the character more authentic. The actor was a good sport throughout the entire process, he said. It was clear that his involvement made everyone happy in the studio including the director.

This was also the case with evil warlock Shang Tsung and his voice actor Cary-Hiroyuki Tagawa, the original actor of the same character in the popular movie adaptation Mortal Kombat. He even says certain phrases that came from the movie. There are now two popular actors who have portrayed their characters in Mortal Kombat 11.

The game and expansion is now available on PlayStation 4, Xbox One, PC, and Nintendo Switch.