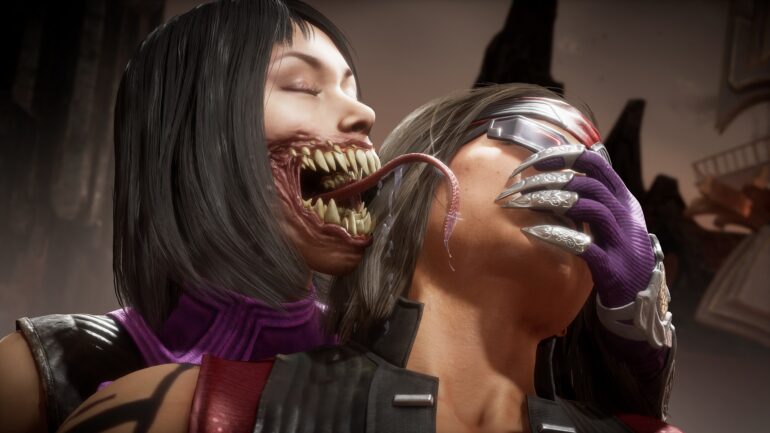 The newest gameplay trailer features the fan-favorite fighter Mileena. She is a product of Shang Tsung’s diabolical cloning experiments. A fusion of Tarkatan blood and Edenian physiology, she is the perfect blend of Barak’s ferocity and Kitana’s athletic grace. She benefits from the strengths of both bloodlines in battle, utilizing extraordinary speed, nimble acrobatic prowess, and raw savagery. She uses sais, which is a trademark weapon of hers. She also has sharpened claws and has new twists on her classic special moves.

In this iteration, Mileena was brought together in this timeline by Kronika. She learns of her tragic future, her short reign as Outworld’s Empress, and her death at the hands of D ‘Vorah and Kotal Kahn. She is now determined to regain her throne and has started a civil war. She will destroy any Kombatants along the way. She will be available as a new playable fighter on November 17 as part of MK11 Ultimate and Kombat Pack 2 content.

Players who already own the base game can upgrade their experience by pre-ordering Kombat Pack 2. They can also get Kombat Pack 1 and Aftermath Expansion right now. Pre-ordering them will offer them the Time Warriors Skin Pack at launch featuring three new character skin variants like Dark Web Noob Saibot, HCF Liu Kang, and Blood Kode Skarlet.