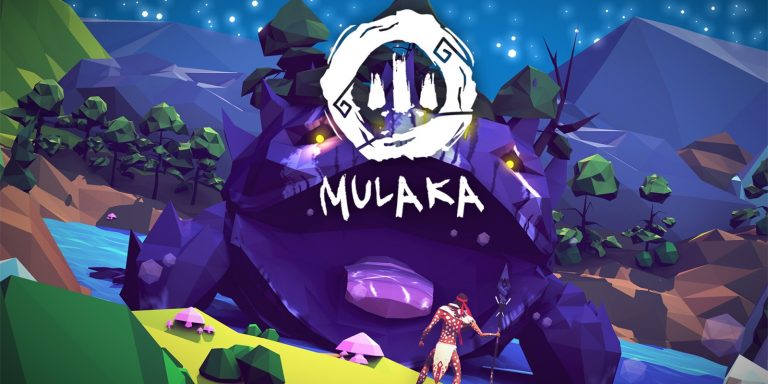 A game about discovery, exploration and a whole bunch of trial and error, Mulaka has all that and more. It takes you to an imaginative place full of weird creatures and obstacles you’ll need to overcome. But is there more to this simplistic game than meets the eye? 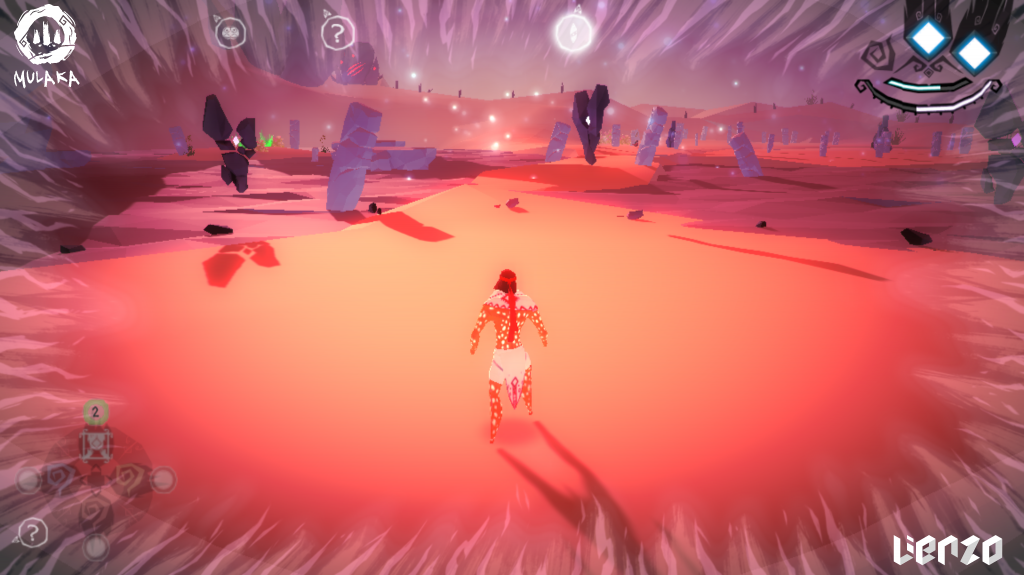 Mulaka is a 3D action adventure/exploration game about Mulaka the Sukurúame – a Tarahurama Shaman. It’s his sole duty to protect the lands from malignant spirits and other mythical creatures which seems to be based on Mexican mythology. The world is heavily inspired by the real Sierra Tarahurama locations and you’ll be exploring them throughout the entire game.

It’s a very vast world and I mean that in a sense where most of your time is spent on exploring the large areas. There are no waypoints for you to fast travel towards but there are save points where you can respawn whenever your character dies.

Your character has three diamond-shaped life symbols that deplete whenever you get hit by enemies. Each time a diamond breaks, there’s this cool animation where you see the shaman’s soul exiting his body. So basically, each diamond is a fragment of the shaman’s soul. You can replenish these “souls” by drinking a spirit potion that you can automatically craft by harvesting Aloe Vera plants within the area. You can only craft and carry up to 10 potions all throughout the game. 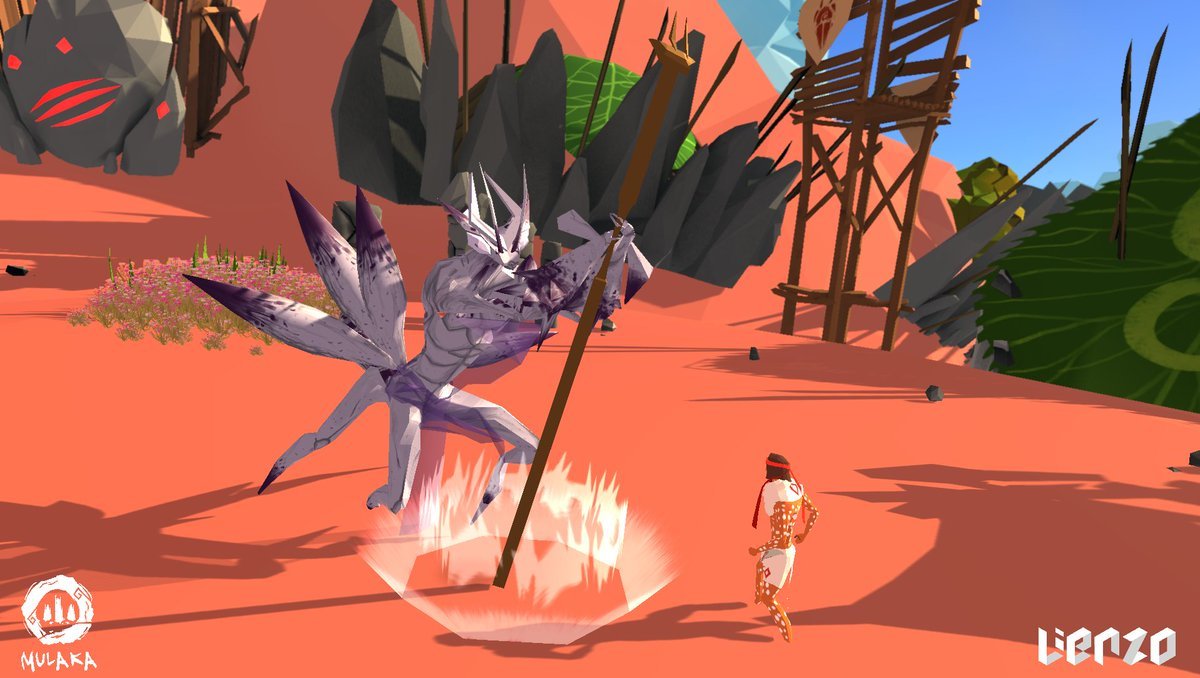 There are other things you can craft like a bomb potion to take down walls or a shield potion to protect yourself from turret-like enemies. There are a total of 4 in-game potions and they can all be acquired through harvesting specific plants that are unlocked each time you move to a different area in the game.

Besides the potions, Mulaka has access to magic that can aid him during his exploration of certain areas. One of them is the ability to see spirits. This helps him fight enemies that are only visible if he activates his spirit sight. A little later in the game, Mulaka also gains the ability to turn into an eagle so that he can fly over gaps or rivers. He eventually gains other transformations such as turning into a bear to knock down heavy objects which are marked with bear claws.

I was not really invested in the game’s lore, especially since you can decide to skip cutscenes. The combat is interesting enough though to keep my attention. Maybe it’s because of the graphics style, but it was definitely hard for me to get invested in faceless characters who only provide dialogue during cutscenes.

In terms of combat, the controls are very basic and easy to master. However, I find it distressing that the game does not have a lock-on target feature. It’s really hard to aim at enemies and it can be frustrating at times when you’re trying to clear a swarm of opponents or even a single flying enemy. This can also lead to your character swinging about haplessly at nothing but air. So this game becomes more of a skill-based game rather than a game aimed for casual gamers.

Mulaka has a melee and a ranged weapon. His staff acts as both his melee and ranged weapons as he can use it to either swing upon his enemies during close quarter combat or aiming and throwing it from a distance to engage opponents. You can upgrade attacks of each skill or any of your stats through a shop where you pay with points. These points are dropped from killed enemies or by breaking down stone pillars. 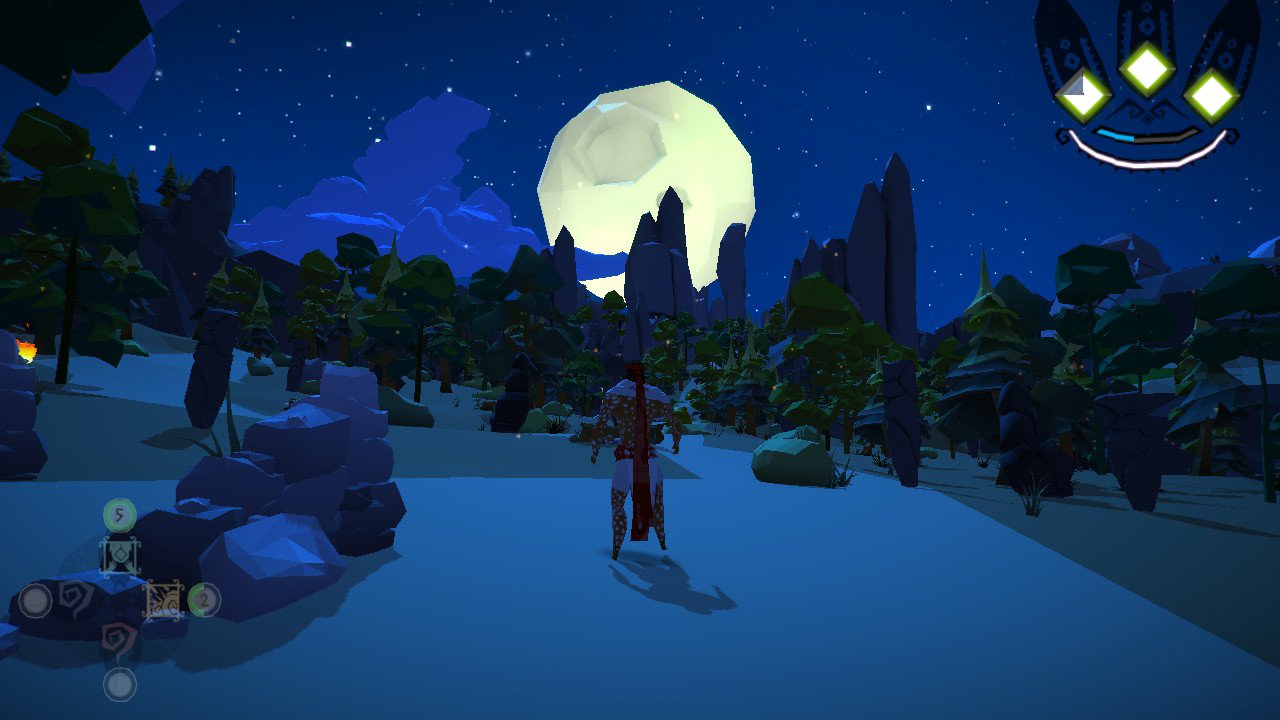 One major annoyance I found is the main character’s lack of swimming ability. Maybe it was on purpose since he can transform into an eagle but I really don’t understand why a powerful shaman isn’t able to swim. Another is that there are some parts of the game where you wouldn’t think would really scream death, only for you to step on a certain area and seeing your character suddenly getting swallowed by sand or being pummeled by invisible shadows. The latter can be easily remedied by remembering that you have spirit vision but it’s not like you’d remember to use that all the time, especially since it depletes your MP. Which leads me to another problem as you can’t maintain spirit vision as you transform. Maybe that was intended as well to make your character’s life more difficult but these little things make this very powerful shaman seem more inept than he should be.

Overall, the game provides a very refreshing take on action/exploration genre. The variety it gives and the many places you can travel provides enough entertainment to keep you playing for hours. The story is definitely not it’s strongest aspect but it does make up for it in terms of gameplay. The puzzles were also entertaining for the most part but they can get repetitive along the way. The reason why I say this is because it’s as basic as collecting three stones to unlock a door and then defeat the monster from within that door. Although there are segments where the game gets creative with how you obtain these stones.

If you want a game that provides an entertaining challenge, then you’ll definitely find that in Mulaka. But if you’re looking for a game with a well-made and cohesive story, then you’re better off playing something else. 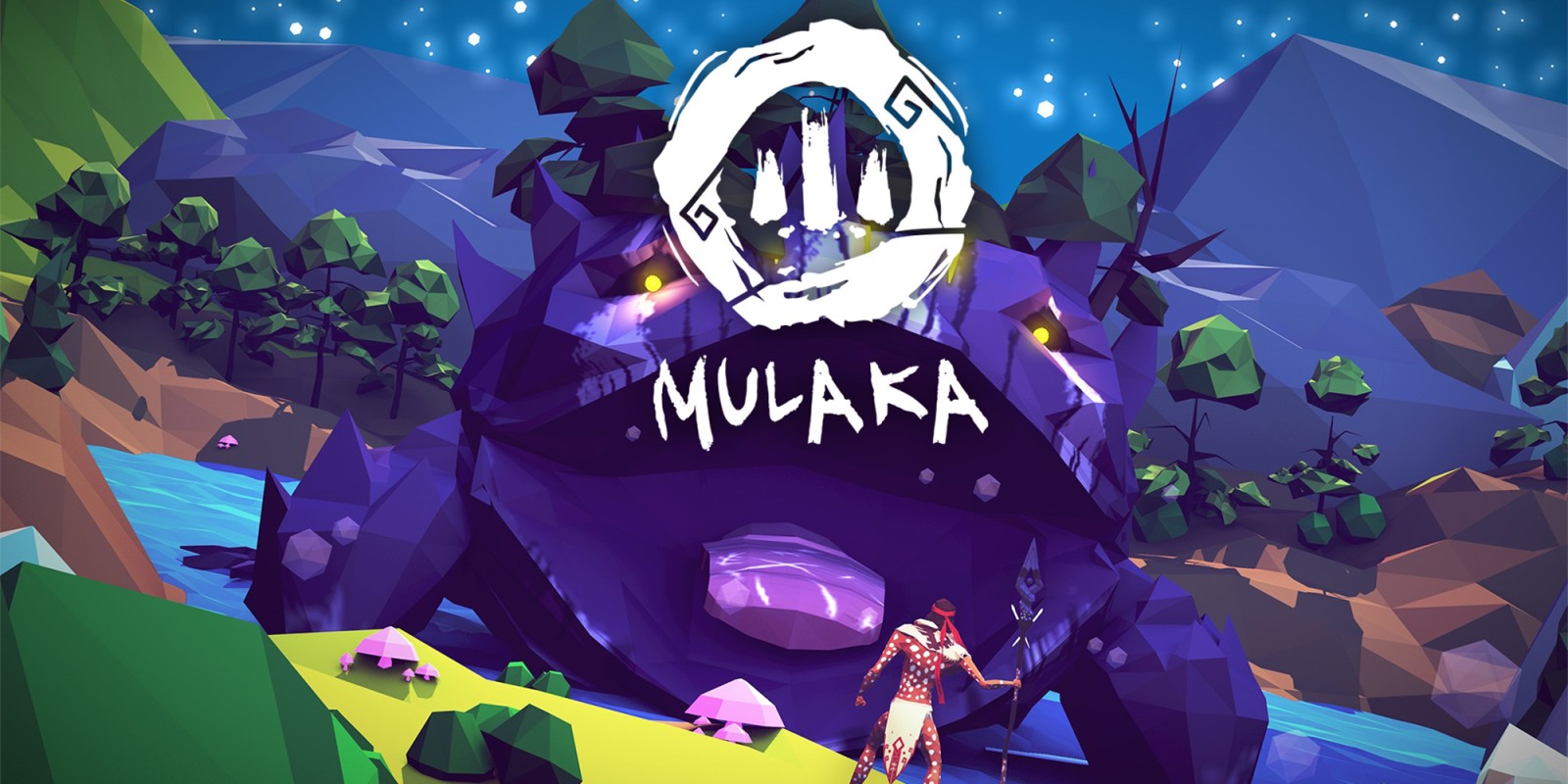 Mulaka - Review
Score Definition
You better have to choose if it’s worth spending your spare cash, because it might not be the game for you and it might be for others.
Pros
Very engaging combat
Interesting puzzles
Cons
No target lock
No swimming
Too many actions dependent on magic
6.7
Justified