Rick has finally arrived in the game and not sobered up! 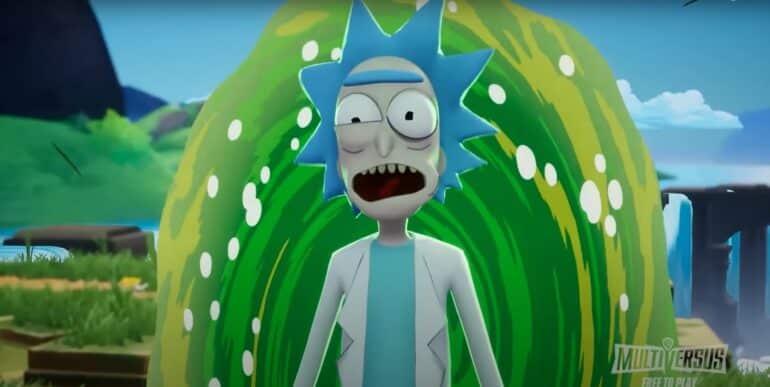 Patch 1.03 has recently been added to the popular free-to-play game MultiVersus and it introduces several new contents for the game. According to the MultiVersus 1.03 patch notes, the update finally adds Rick Sanchez from the Rick and Morty cartoons, which many have been waiting for a while. It also doubled the experience needed to go from level 3-15 on the character mastery track, which means it will take longer to level up this time.

Aside from the changes and character addition, the patch includes mostly fixes to the game.

Check out the full MultiVersus 1.03 patch notes below:

Bug Fix – Fixed issues where Arya could deal much more damage than intended.

We are still looking at updates to Arya’s up special, but could use more time to make it right. Expect an update in the near future.

Bug Fix Side Air Attack – Can no longer ignore air special limits when branching into the attack.

Ground Down Attack – Garnet now retains some of her velocity moving into the attack.

Ground Up Attack – Recovery reduced by 3 frames on hit.

Ground Side Special – Car now classified as a heavy projectile

Air Down Special – Can now jump cancel out of the attack

Bug Fix: Down Special – Fixed an issue where jack-in-the-box would sometimes not hit overlapping enemies

Bug Fix: Neutral Special – Bolts will no longer be destroyed when they exit the blast box but Iron Giant is not KOed

Air/Ground Down Special – While in the House and on the ground, Jake will no longer bounce grounded opponents.

Ground Down Attack – Recovery increased by 4 frames on whiff(miss).

Bug Fix – fixed a bug that would cause the ball to disappear when thrown close to the enemy.

Air Side Special – Recovery increased by 3 frames on whiff (miss).

MultiVersus is now available on PS4, PS5, Xbox One, Xbox Series X/S, and PC via Steam and Epic Games.