Your time is now! 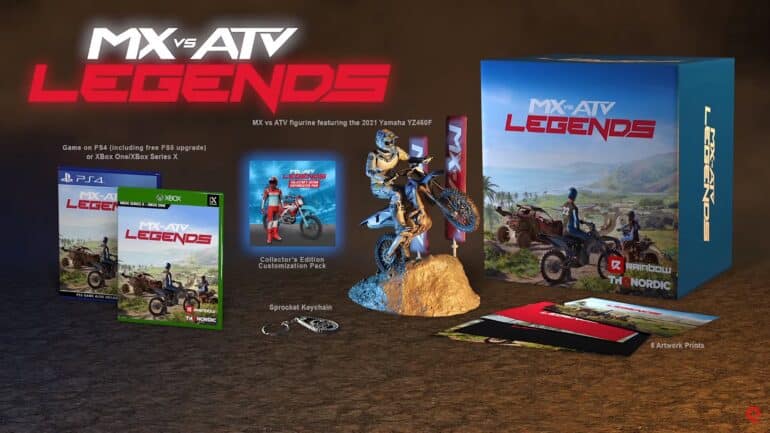 In addition to the release date announcement, the companies revealed the full details for the MX vs ATV Legends Collector’s Edition which includes:

In an April Update on the MX vs ATV Legends website, CEO Lenore Gilbert spoke about where the team is at with the development of the game and why they decided to push the release date back to June 28th.

“Game delays are never fun for the developers or players,” said Lenore Gilbert in a statement. “In our case, we needed to choose between speed or quality, and the decision was simple. We want to make sure that when MX vs ATV Legends comes out, it is the highest level of quality that Rainbow Studios can offer.”

About MX vs ATV Legends

The next installment in the MX vs ATV franchise, MX vs ATV Legends will feature the deepest career mode in franchise history! In addition to introducing all-new Trails Modes, MX vs ATV Legends invites competitors to carve their own path to the podium with unprecedented player choice including sponsorship opportunities and special invitational events.

MX vs ATV Legends is coming to PS4, PS5, Xbox One, Xbox Series X|S, and PC (via Steam) on June 28th, 2022. The game can be pre-ordered at the Microsoft or PlayStation store and wishlisted on Steam.