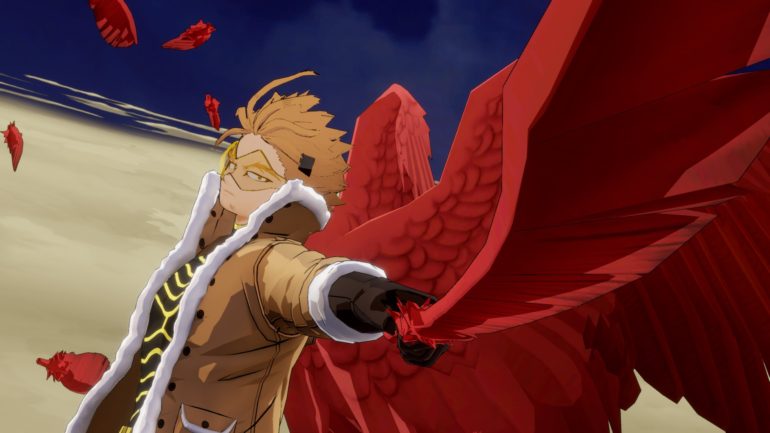 The latest trailer featured the next DLC character Keigo Takami with the hero name Hawks. The DLC will be coming this spring.

Just like in the Japanese manga and anime, Hawks will be a formidable opponent to face against and a great character to control. He has wings, which allows him to fly for a bit in battle, and can use the feathers against his opponents by telekinetically controlling them. It also looks like he will be one of the most mobile characters in this game.

The game is already available on PlayStation 4, Xbox One, PC, and Nintendo Switch. Check out our review here.