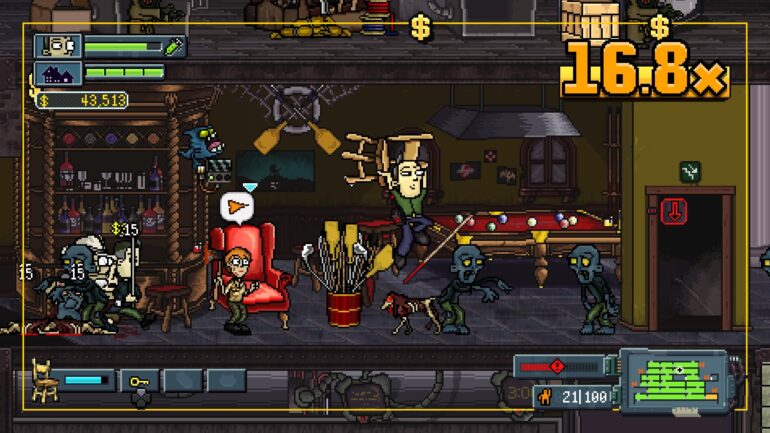 The thing that went through my mind the most as I was playing My Night Job was that this game was not made for the console, but rather for mobile gaming. In terms of graphics, music, and gameplay this was a game that would look at home on the tablet, a smartphone, or perhaps a portable gaming console. With this in mind let me discuss the game proper. Graphics wise and sound wise the game looks like one of those old cartoons on television, something like the Scooby-doo of old. And for a console game this makes it seem rather weak.

Gameplay wise the game is an arcade mash-em up. It places you as a rescue worker for a mansion filled with civilians and monsters, your objective being to save at least 100 civilians while defeating the monsters within the mansion and keeping the mansion standing until you leave. Rescuing civilians is a simple task as merely approaching them causes them to follow you at which point you must protect them until you reach a point wherein a helicopter may take them away. However the game places a limit on how many civilians will follow you at any given point in time. There is also an additional mechanic with the civilians wherein certain civilians may help you fight or special civilians once rescued provide you a certain bonus for example rescuing a nurse would give you 1 more life, rescuing an evil clown would give you a 1 time use of a potion that makes you into a demon clown dealing a great deal of damage against the enemy. 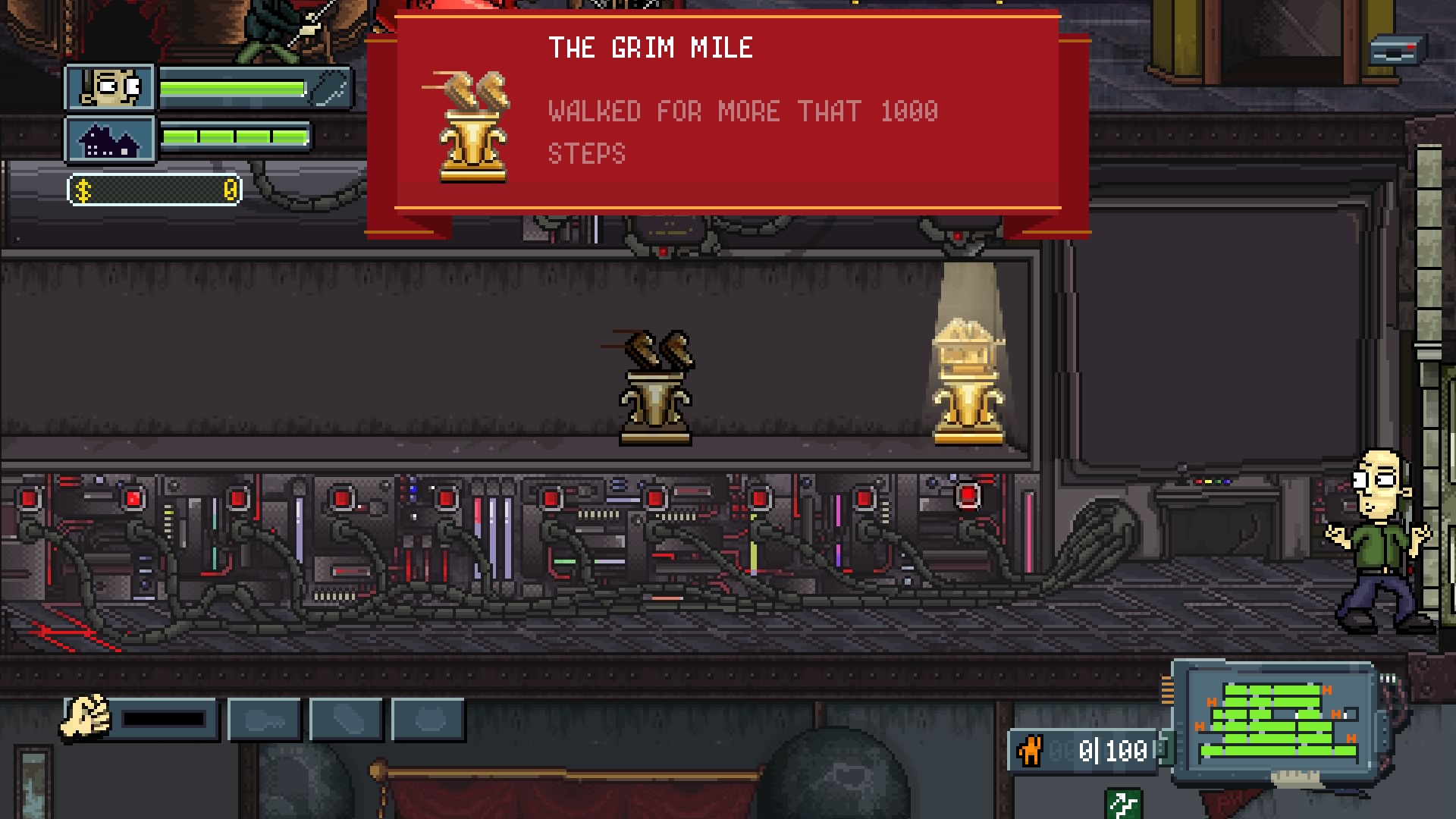 Outside of these special bonuses having a group of civilians reach the helicopter also gives you a random bonus of either more points, a gun or additional health. Fighting in the game makes use of a wide variety of weaponry. However there are certain classifications that they may be grouped under, light weaponry dealing light damage but having high durability, heavy weaponry dealing great damage but having low durability and guns which are a balanced weapon. There are of course certain special weapons such as the chainsaw (which is incredibly strong and simple to use, equipping it allows you to mow down enemies in your path) but for the most part the weapons follow this type of pattern. The last mechanic that the game places is the structural integrity of the mansion which diminishes based on the number of zombies in a certain room and the time they are left there uncontested. Left uncontested, they begin to stomp on the room until it breaks. This happens four times and it’s game over. What makes this mechanic particularly troublesome is the way the mansion is formatted. There are certain areas of the mansion accessible through only 1 path forcing the player to back track to try and protect it. This is made doubly hard by the fact that as time passes more and more enemies spawn within the mansion making reaching some rooms near impossible before it is broken. I found myself trying to reach certain rooms several times only to be impeded by a horde of zombies before I even reach the part of the map where I needed to defend a room, at which point more and more rooms had been occupied and were being destroyed by the zombies leading me to a sudden game over as 4 rooms were consecutively destroyed. 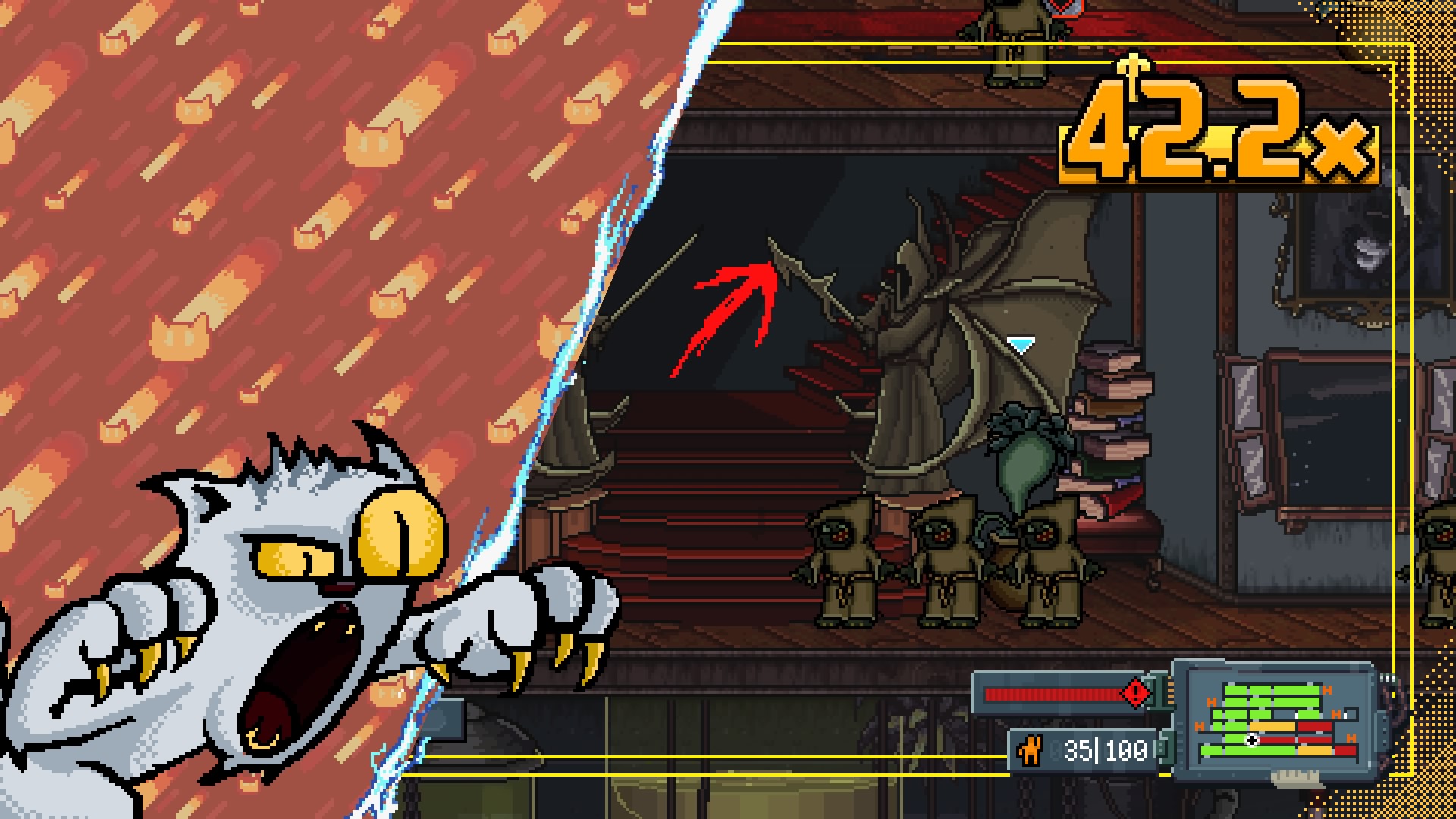 Given that the mansion doesn’t really change this isn’t a great difficulty but for the first few runs it gets annoying having to rely on the mini map to reach an area you needed to defend. As an arcade game there isn’t much more to be found in the game, the developers did try by making use of the trophy system as a sort of system modifier providing certain bonuses once you obtain the trophies but at its core there isn’t anything more to add to the game. And personally after a few runs I found myself annoyed at moving around the mansion trying to find people to rescue while being worried about both the horde that continued to harass me as well as which areas of the mansion I needed to defend from the infestation. Overall I rate the game a 5, not because the game wasn’t fun which it is but because this is a game that is clearly more at home as a mobile title rather than a console title. As a console title, it feels lacking and weak. If it was a mobile game I’d score the game a solid 7.