Naughty Dog: You Get To See Nadine In A Way That You’ve Never Seen. 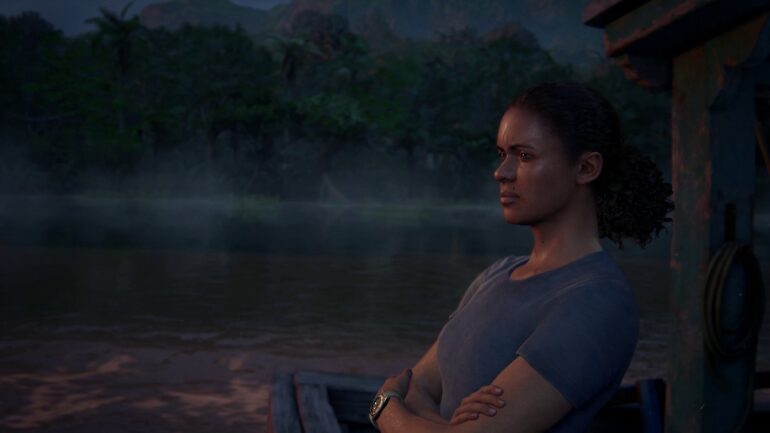 According to Creative Director, Shaun Escayg, we will get to see Nadine is a different way. Her story will slowly unfold in The Lost Legacy.

[alert type=white ]”So far you’ve only seen Nadine with these little moments – but you get to see Nadine in a way that you’ve never seen.

But yes, it’s Chloe centric, it’s Chloe first and foremost. But you certainly see a different layer to Nadine.

You see pieces unfold, it starts with Chloe and her journey, she confronts elements of her past from her dad that pushes her and helps her grow as a character.”[/alert]

Shaun also stated that what makes Uncharted: The Lost Legacy unique is its narrative. Even if it’s the sum of all Uncharted games, Shaun reassures that the story is what makes the game standout.

[alert type=white ]”Well, it’s the sum in as far as taking the best elements from gameplay experiences, but what we’ve done I think specifically in this one is to build on and improve on the narrative within the gameplay, which was key for us.

We want the player to never come out of that world, which is one of the reasons why our new open-world setting is so important.

That sense of wonder of being dropping into the middle of the Western Ghats, like the characters are, you don’t have Nathan Drake with this bible of information who knows where everything is. you have to find these clues and discover as the characters.”[/alert]

Uncharted: The Lost Legacy launches on August 22 exclusively for the PS4.