NBA 2K21 Gets First Update on PS4 and Xbox One 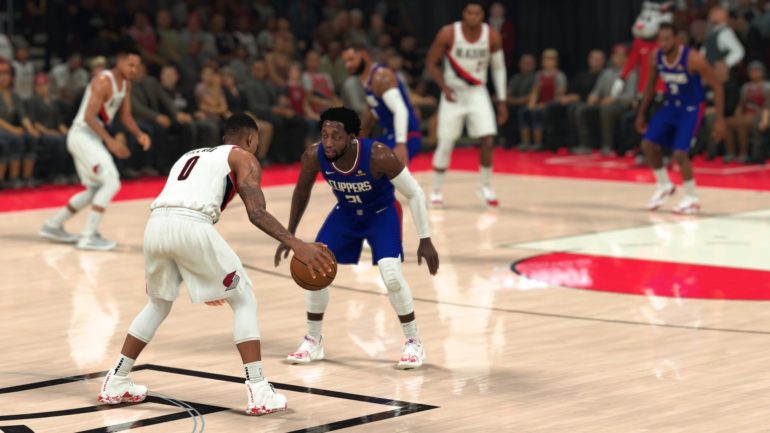 The latest update was recently implemented on consoles and has fixed several issues. Included is this new patch are the adjustments to the Pro Stick Aiming system that improves its usability and consistency. It introduces the new Pro Stick Aiming/Shot Timing selector, which can now be seen on the first boot of the game.

Check the full patch notes below:

General
• New Pro Stick Aiming/Shot Timing selector. On your first boot, you will now have the option to choose between using the new Pro Stick Aiming mechanic or the traditional Shot Timing mechanic. Your settings file will be updated with the appropriate selection. As always, you can visit your settings at any time to update your shooting preference.
• Fixed several hangs that could happen when entering and exiting various game modes during the same session, or when idling out at certain areas.
• Andrew Wiggins now appears with updated facial hair to more accurately represent his appearance.

Gameplay
• Enabled the ability to use Pro Stick Shot Aiming with the Shot Meter setting turned off.
• Ideal Shot Aiming point now determined by how slowly or quickly the Pro Stick is initially deflected when starting a shot. A slow flick will move the ideal aim point to the left, while a fast flick will move the ideal point to the right, giving players more consistency with Pro Stick shooting.
• Changed Ante Up to use competitive slider settings (more skill-based).
• When the Shot Feedback setting is set to “OFF,” players and opponents will no longer see Excellent Release (green light) animations.
• Fixed unwanted fadeaway shots that were playing after immediately shooting out of certain dribble moves.
• Improved standing dunk reliability when using the Pro Stick.
• Disabled the double team indicator in an effort to clean up the on-screen UI based on community feedback.
• Added the ability to shoot driving floaters from further away from the basket.
• Moving Park dribble moves were remapped to “holds” on the Pro Stick, allowing continued use of Hard Stops with L2/LT after unlocking the Park Handles badge.
• Cleaned up some animation pops in the dribble move system.
• Fixed ball physics bugs when Shot Timing was set to Real Player %.
• Toned down the effectiveness of the Lead to Basket pass feature to prevent exploits.

MyTEAM
• Fixed a hang that would occur if the user was tracking an expired Agenda.
• Fixed an issue where the progress bar would fail to show progress on the Agenda Tracker.
• Fixed user interface issues when applying and upgrading badges to player cards.

MyLEAGUE / MyGM
• 2K Share Content (Draft Classes/Players/Rosters) should now properly function when accessed.
• Tuning improvements to Player Progression, based on community feedback. With our new “Boom or Bust” system, player progression/regression has been completely re-written for 2K21 to provide a level of dynamism such that players will follow different career arcs in different playthroughs.
• Addressed a MyLEAGUE item where the user would hang when selecting the Save As option after previously accessing the shared save list.

NBA 2K21 is now available on PlayStation 4, Xbox One, and PC. Check out our own review here.