Relive the story of the legend! 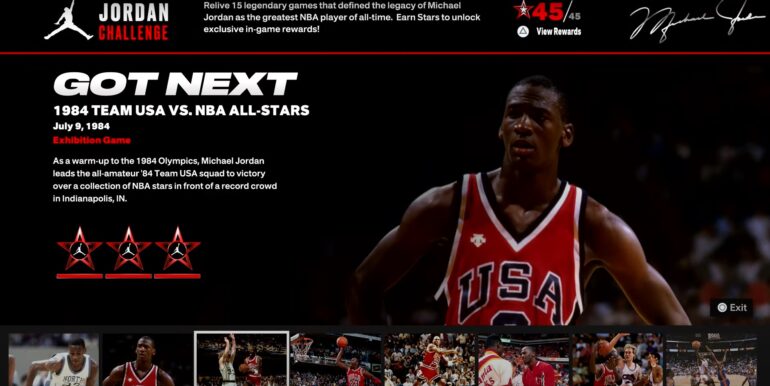 A new trailer was recently released and it focuses on the NBA 2K23 Jordan Challenge.

The Jordan Challenge first appeared in NBA 2K11 which allowed players to relive the most memorable moments from Michael Jordan’s career and now more than 10 years later, NBA 2K23 is bringing it back again. This time it will retell Jordan’s ascension from college standout to NBA legend in NBA 2K23.

The Jordan Challenge will include 15 unique game challenges that start with Jordan’s humble beginnings at the University of North Caroline and will end with the final shot he did for the Chicago Bulls.

The video has interesting visuals which seem to give fans the nostalgia that is more appropriate for that era. The game will feature an intricately designed video filter system to re-purpose the game’s graphics in the challenge to represent Jordan’s era in the late 80s and early 90s.

The game and particularly the challenge will have era-specific broadcast elements. It will showcase how basketball games were broadcast at that time. It will have big block letters and the graphics will not be flashy, just like old times.