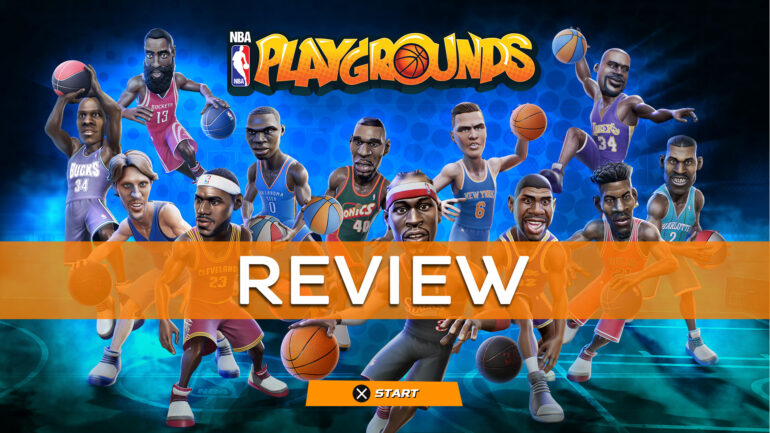 NBA Playgrounds is a hopeful step towards bringing back the arcade sport genre. It takes obvious inspiration from the NBA Jam series, however it doesn’t quite reach the heights of the gem. You’ll want to shout out “Slama lama ding dong,” but Playgrounds isn’t that strong of a slam dunk. 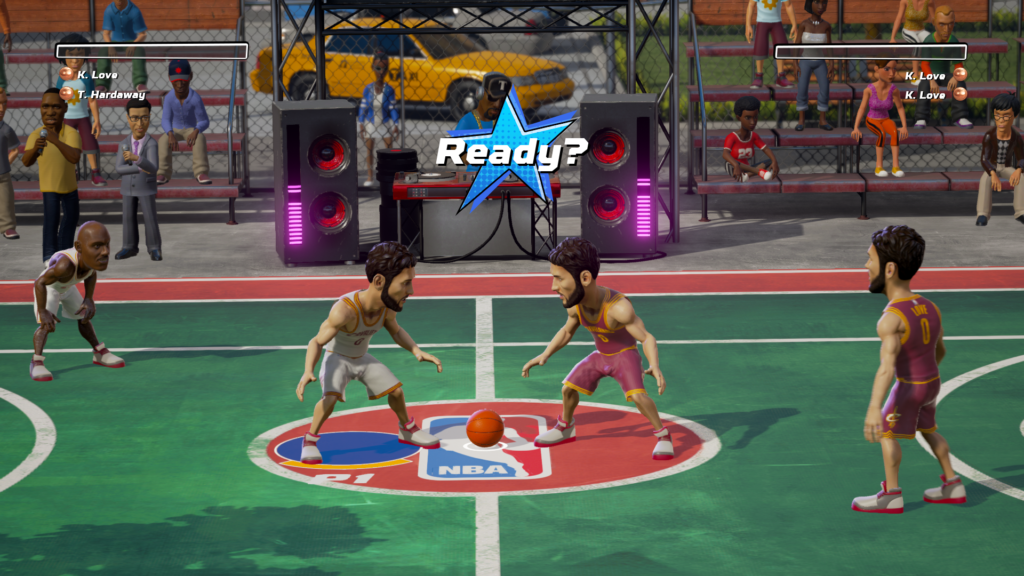 My time with NBA Playgrounds was a honeymoon period. It was great to actually be playing an arcade basketball game once again after so long, but, after a while, reality started to set in. First off, the game mechanics are simple and easy to pick up. Within minutes you’ll find yourself jumping from the free-throw line and slam dunking like Jordan. Similar to NBA Jam, the animations, when you pull off a dunk, are over the top and filled with style we all fell in love with back in the day. However, despite the crazy character animations and simple control style, there are some things that are off.

The over the top animations are cool to look at, and add that attitude to your dunk, but they lack communication to the player on timing. Timing is necessary to land a dunk or make a 3 point shot, but good luck if you want to actually know when’s the perfect moment to release the ball. Numerous times I would miss a shot or fumble a dunk because of the elusive window for perfect timing. Not only that, but the room for error between a normal shot and a missed one is basically non-existent. You’ll learn to nails things down eventually, but the small margin for error just ends up being frustrating, which will make even skilled players fumble a couple of times. 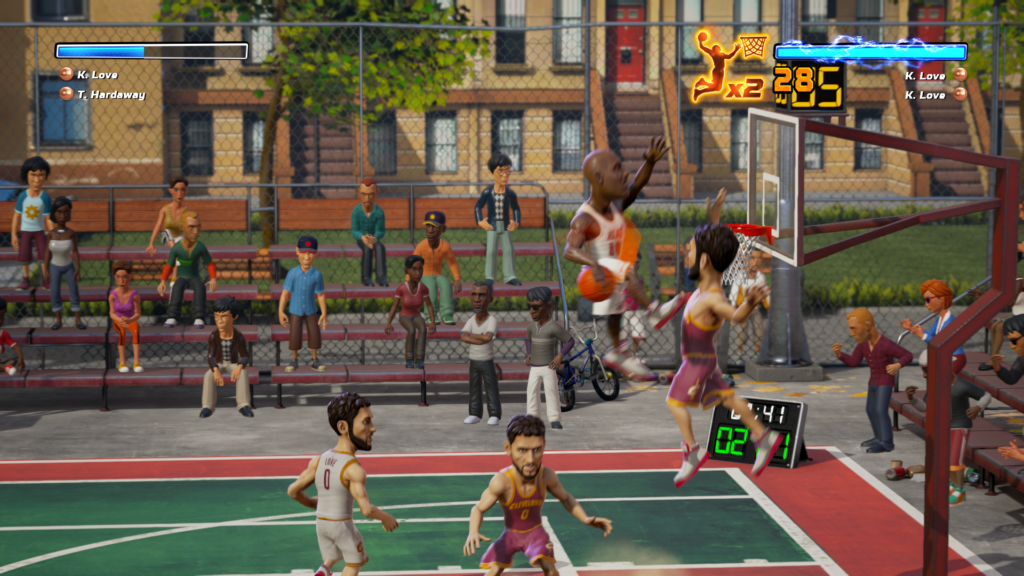 If you do manage to land perfect shots, along with other tricks, you’ll start building up a meter called the lottery picks meter. Once filled up, you’ll be given a power-up at random — for better or worse — to give you an edge in the game. However, instead of adding tension and fun to the game, they end up breaking the game and punishing those in the lead. The only fair power-ups seem to be the 12″ Timer, which slows down the shot clock, and the electric ball, which prevents your shot or dunk from being blocked. Otherwise, the rest of the power-ups rely on score multipliers that, on paper seem fair to close the gap, but end up making the player soar way pass the opposition. This rings especially true during tournaments against the CPU that result in unfair losses.

What NBA Playgrounds does get right is the overall look and vibe of the game. Players boast exaggerated features, and the atmosphere of the game is completely jolly. It’s funny to see which features were chosen to be emphasized for each NBA athlete, especially if you’re a fan of a particular player. Adding to this is the music and commentating done by the announcers. Although, the commentating isn’t quite as comical as NBA Jam’s was, it’s still funny to hear the announcers break the fourth wall and tell you that your controller is broken. Mix in the sweet street hip hop beats, and Saber Interactive has nailed the overall aesthetic.

Overall, NBA Playgrounds could’ve been the next NBA Jam. It nails everything from the look of the characters, to the lighthearted commentary. While it’s fun at first for a few rounds, as time goes on the cracks start to show and you realize that this game is more of an attempted layup than an actual slam dunk. If you’ve never played an NBA Jam game before, you can give this game a shot. Otherwise, for a true arcade basketball experience, stick to the classics.

IT’S THE KIND OF GAME THAT MAKES YOU WONDER WHAT-COULD-HAVE-BEEN.
Read our Review Policy here to know how we go about our reviews.