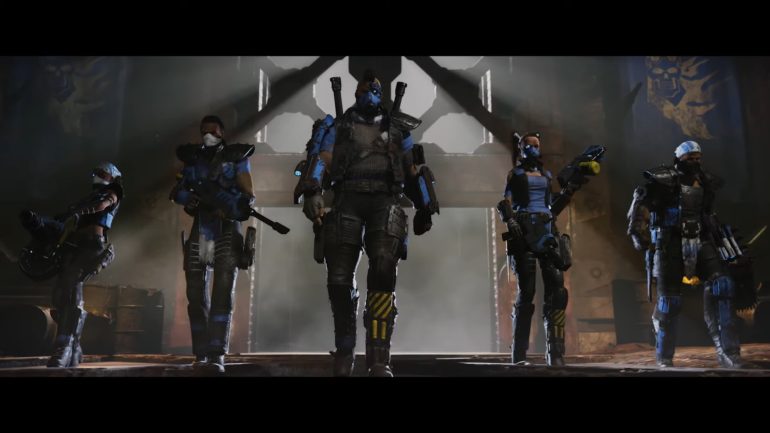 The game is part of the Warhammer 40,000 universe and this new footage discusses the modes, gang management, story, and some gameplay content.

Necromunda: Underhive Wars is a game of choices in every aspect. Your gang is yours to grow as you see fit, tackling naturally developing injuries, vices, and virtues as well as which gangers to hire, how to specialise them, what skills and stats to develop, and much more.

Experience the brutal world of Necromunda as never before in a close-to-the-action tactical game where every decision is deadly, and all your plays matter. With unique movement and action systems inspired by the tabletop game, you haven’t played anything like this.

Embrace the massive, mysterious vaults of the Underhive with humongous levels filled with tricks, traps, and true verticality. Outsmart and outplay opponents in single and multiplayer.

Deep below the nightmarish, polluted hive cities of Necromunda, in the twisted, vertiginous, dark tunnels of the Underhive, rival gangs fight to the bitter end for personal power, wealth, survival and the honour of their Houses. Only the strongest survive.

Lead, customize, and grow your gangs of Escher, Goliath, and Orlock. Specialize each member and send them to battle in hazardous dystopian environments. Exploit the terrain in tactical gunfights: climb raised walkways to take advantage, set traps, and ambush foes to force them into bloody melee engagements.

Necromunda: Underhive Wars releases on PlayStation 4, Xbox One and PC on September 8. Pre-orders are now open on Steam and Xbox One.