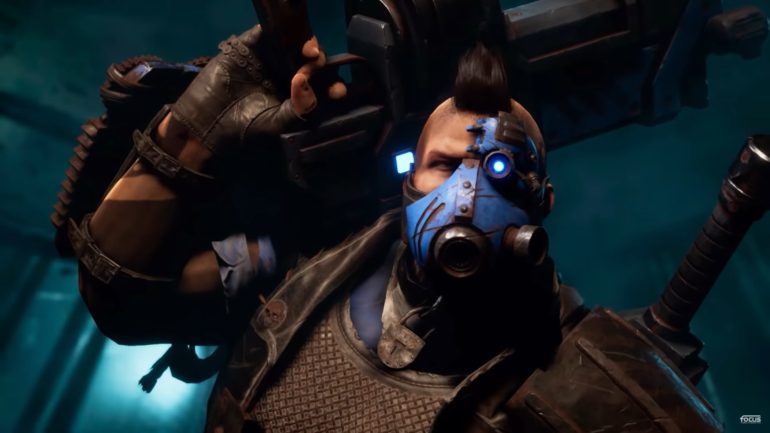 The title is the first video game adaptation of Games Workshop’s dark and violent Necromunda tabletop game, which is actually part of the Warhammer 40,000 universe. The game has a massive campaign with features of growing and leading a gang across an endless Operations mode. They can also take it online to battle other players in brutal tactical fights.

The game allows players to lead their gang as they see fit, tackling naturally developing injuries, vices and virtues. They can also choose which gangers to hire, how to specialize them from the skills and stats they want to develop, their looks on the battlefield, and many more.

In the campaign story mode, players will have to track the Escher, the Goliath, and the Orlock gangs as they try to gain control of the ancient archeaotech. This is ancient and forbidden technology that will provide wealth and power if acquired. Attaining it will be difficult and fighting for it will be even more difficult.

Challenge other players online in up-to-four player battles in any combination. Free-for-all, team-based, or simple 1v1s are possible with the choice of multiplayer matches having a permanent effect on their gangs.

Necromunda: Underhive Wars is now available on PlayStation 4, Xbox One, and PC.