The crossover between two popular JRPG are coming to the west 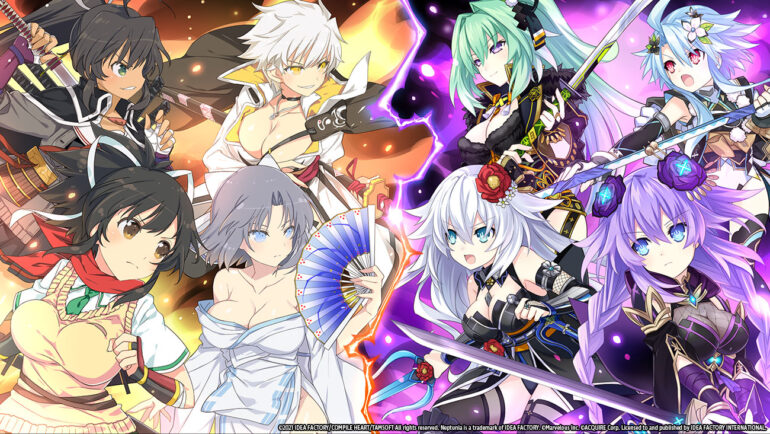 Neptunia X Senran Kagura NINJA Wars has been announced for western release recently. The game is known originally as Senran Nin Nin Ninja Taisen Neptune: Shoujo-tachi no Kyouen and will launch on September 16, 2021 in Japan.

―Gamninjustri, a place where all manner of ninjas gather

― As the struggle for control increased between the Daimyos of the nations, tensions rose between the two great nations, each of which was home to one of the major schools of martial arts. The Compa Style which has mastered the Ninja Arts based on the Command Technique. The Honeypa Style which has mastered the Ninja Arts rooted in the Action Technique. The two camps were stuck in a ruthless competition of skill in order to achieve hegemony, but as they fought on, a mysterious army of mechanical ninjas made their assault. The mechanical ninja army overran the smaller nations in an instant, and its leader, Yoh Gamer, made an announcement to the world. The “Super NINJA War” to decide the world’s strongest school is about to begin!

When is the game heading to the west?

It will released this fall 2021 in the west for the PS4. More news can found about the game in the coming weeks and pre-orders can done through their online shop.