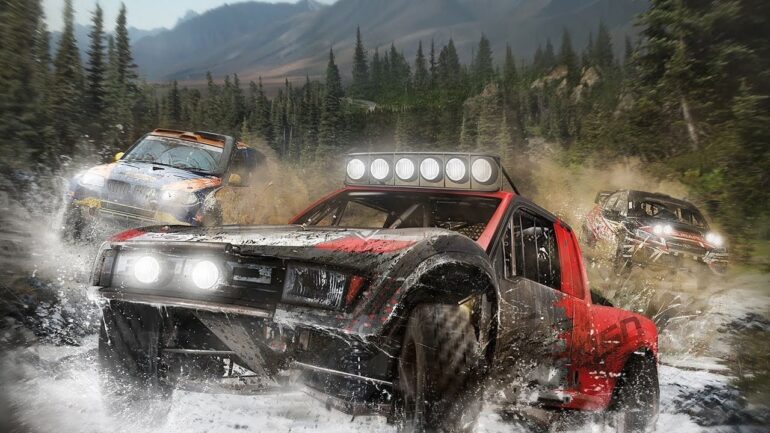 Milestone, one of the most longstanding developers specialised in the racing segment, is back and set to make an impression with its new IP, GRAVEL, a game dedicated to the off-road, four-wheeled world. Today, Milestone is releasing the first of a series of Dev Diaries that will unveil all the backstage happenings in the creation of the new game!

Gravel is the first four-wheeled racing game which the Milanese production house is developing with the help of the Unreal® Engine 4 by Epic Games, demonstrating a real hike in technological standards compared to previous games. This is confirmed by Ivan Del Duca, Technical Director at Milestone.

“Unreal Engine is a game framework produced by Epic Games, which Milestone has decided to embrace, mainly to make significant strides forward from a technological point of view, enabling us to recreate tracks in extremely vast areas of the world which surrounds us“. Mike Gamble, European Territory Manger at Epic, outlines the close collaboration between Milestone and Epic, “The combination of Unreal Engine and Milestone’s expertise in the racing sector brought something really special to life, I can’t wait to play it“.

The new graphics engine has made a significant impact on all areas of production, from design to graphics, thus improving creation and race development processes, modes and environments and guaranteeing incredible visual rendering. An example of this is the development of the vast landscapes that characterise disciplines such as Cross Country or the rendering of the lighting.

The amazing achievements obtained do not end there. In fact, the real generational turning point can’t but leave even the most demanding videogame player with their jaw on the floor.  As well as the innovations at the graphic level, for fans and insiders alike it will not be difficult to notice the improvements in the sound thanks to the new REV sound acquisition system by Crankcase Audio.

This brings the first Dev Diary to an end, revealing just a few of the generational turning point innovations brought about via the long-lasting racing tradition of the Milestone production house. Gravel is being built as the ultimate off-road experience: you will be able to compete in no-holds barred challenges, with tussles, extreme jumps and adrenaline-inducing bends, where the complete racing freedom and aggressive competition will be the real stars of the show.

There are four different disciplines to compete in and get the heart racing on board the most powerful machines: Cross Country, vast areas which reproduce some of the most evocative places on planet Earth, where you can compete right until the final checkpoint. Wild Rush, to enjoy some of the most exotic and savage locations at full gas. Speed Cross, for those who want to race on some of the most beautiful tracks in the world; and Stadiums, arenas packed with jumps and with spectacular layouts.

Gravel will enable players to experience all of this in first person and to take part in the craziest show being broadcast on the Gravel Channel web TV, a trip around the world where you can challenge the Off-Road Masters in every discipline and compete for the official World Champion title!

The game will be available at the beginning of 2018 on PS4™, Xbox One®, the all-in-one games and entertainment system, and PC.