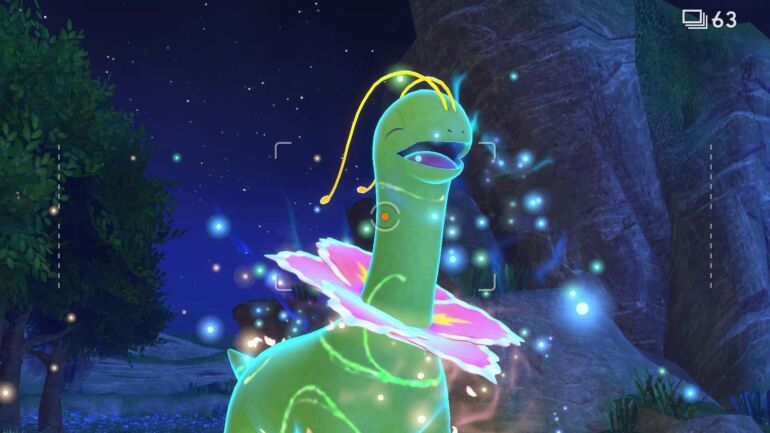 There are tons of wild Pokemon that are thriving on the islands of the Lental region. It has different environments, which make a variety of habitats where different Pokemon expression and behaviors can be observed. In order to get their attention, players can throw a fruit or play a melody for different kinds of reactions. There is also the Illumina orb that makes Pokemon glow. Use the camera to scan surroundings to find hidden Pokemon or inspect the surroundings. As they keep researching, their levels will increase and lets them unlock stuff that can make them discover new Pokemon stuff in different ways.

The score of the photo will be based on how large they appear, how directly they face the camera, and how well they fall in frame. Each photo will gain one to four stars that will indicate how common or rare those behaviors are. They can take as many photos as they can.

The photos that they have taken can then be saved to a personal album, which is separate from the Photodex. When a course is completed, players can then use the re-snap function to adjust different settings like zoom, brightness, and more. There is also a photo-editing mode that allows them to customize photos with stickers, frames, and more.

An online feature was revealed, which allowed players to share photos and compete with others around the world through ranking.

New Pokemon Snap will launch on April 30 for the Nintendo Switch.