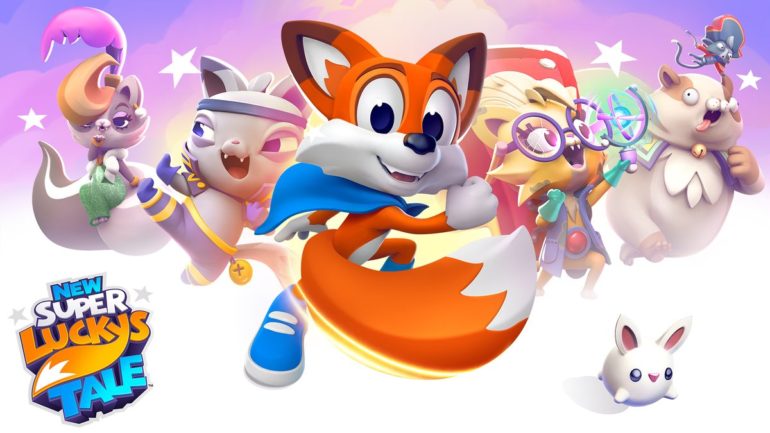 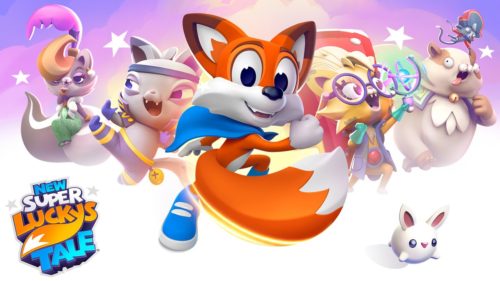 New Super Lucky’s Tale (initially titled Super Lucky’s Tale) is a 3D platformer game developed by Playful Studios. It was initially released as a game for Microsoft’s Play Anywhere program and was a launch title for Xbox One X. A new version of the game with added content, aptly called New Super Lucky’s Tale, was released on Nintendo Switch in November 2019. And now, the same version was made available for the PS4, Xbox One, and PC. The game is a sequel to Lucky’s Tale, a VR exclusive game released in 2016.

The game tells the story of Lucky Swiftail, a young fox who must collect the missing pages of the magical Book of Ages after being separated from his sister. On his journey, he must face off against the villainous Jinx and his mischievous children called the Kitty Litter and ensure that this cast of villains never gets their hands on the book and its pages.

First things first, this game was 100% made for children. It’s light, easy, accessible, and cheerful. It’s a feel-good game with colorful visuals and a gameplay that’s easy to react to. Everyone in the game looks very friendly. Even some of the enemies look friendly. At first glance, they’ll seem like friendly NPCs you could interact with, until you realize you’ve already damaged yourself just by going up to them. Be that as it may, there’s no reason for adults not to enjoy this game as well, especially those who love platformer games.

The game’s platforming elements is its strongest suit, alongside its level designs. Each world is designed and presented to the players differently, with the main area themselves acting as the area’s main hub where other sub-levels can also be accessed. Platforming gameplay is still present in the main hub, where players can jump around on platforms and collect coins.

The sub-levels within each world is where the craftsmanship of level designing really shines, though. Many of these levels offer a different style and approach to break the monotony of the game. Some of them are your average 3D maps where players can explore or tasked to collect a certain set of items in order to move forward, some of them are similar to 2D side-scrollers, some are very reminiscent of Temple Run, and a few more. A lot of these levels seem to pay homage, or even borrow elements from other classic platformers as well such as Donkey Kong, Sonic, and Super Mario.

Out of all the levels, the ones I don’t find quite as enjoyable as the others are the ones where you get trapped in a marble and have to control the entire map in order to move around. The controls while in this level become clunky and unstable all of a sudden. The frame rate seems to drop quite often while at these levels too. They don’t offer the same level of satisfaction as the other levels and I was just rushing to get them finished instead of taking the time to enjoy them, unlike the other levels.

There are also puzzles in the game where players have to strike statues to align them to a designated box. These levels feel very distant from the rest of the game, but they are pleasant additions nonetheless. These puzzles progressively become more challenging as you encounter more in later worlds, and they are incredibly satisfying to do.

Similar to many platforming games, its strength in the platforming element is weighed down by its lack of combat variation. There are 3 ways of dealing with enemies in the game: jumping on their heads, swiping, and burrowing underground and popping out beneath them. Players can essentially swipe and burrow endlessly, and while this game does not need to be difficult at all, the accessibility of these two options often makes the game dull.

The game’s progression and pace are pretty steady for its length. In each world, players must collect a certain amount of pages to gain access to the boss area, which is the last phase of every level before you proceed to the next one. I should note that you can collect enough pages without completing every challenge and puzzle at each level, but I highly encourage that you check most, if not all of them out. The game’s final two worlds are arguably the best parts of the game. The puzzles here are more challenging, the levels are more diverse, they’re better crafted, and they are just more fun to play overall.

There’s not much to say in the way of story in this game. It’s mediocre at best. The game provides the players with nothing in terms of development and interest. What some of the characters really have are a childish sense of adornment, a little bit of cute humor, and a minor sense of adventure. Other than that, there’s nothing interesting about most of the characters at all. The story is forgettable. Most of the time, you’ll forget what you’re playing for or what overall goal is despite how fun the levels are. You kind of just have to play for the level design and the platforming element. Don’t think of anything that lies in wait behind a narrative, because there is none.

In a nutshell, New Super Lucky’s Tale will remind you of Nintendo’s flagship platformers. It plays really well too. The gameplay is fun in terms of traversal, while the same can’t be said for its combat. If you play games to immerse yourself in an interesting story, this game isn’t for you. It’s the type of game you or a younger family member will want to play on an easy morning. It’s nothing more and nothing less, but that’s not necessarily a bad thing for a game like this. 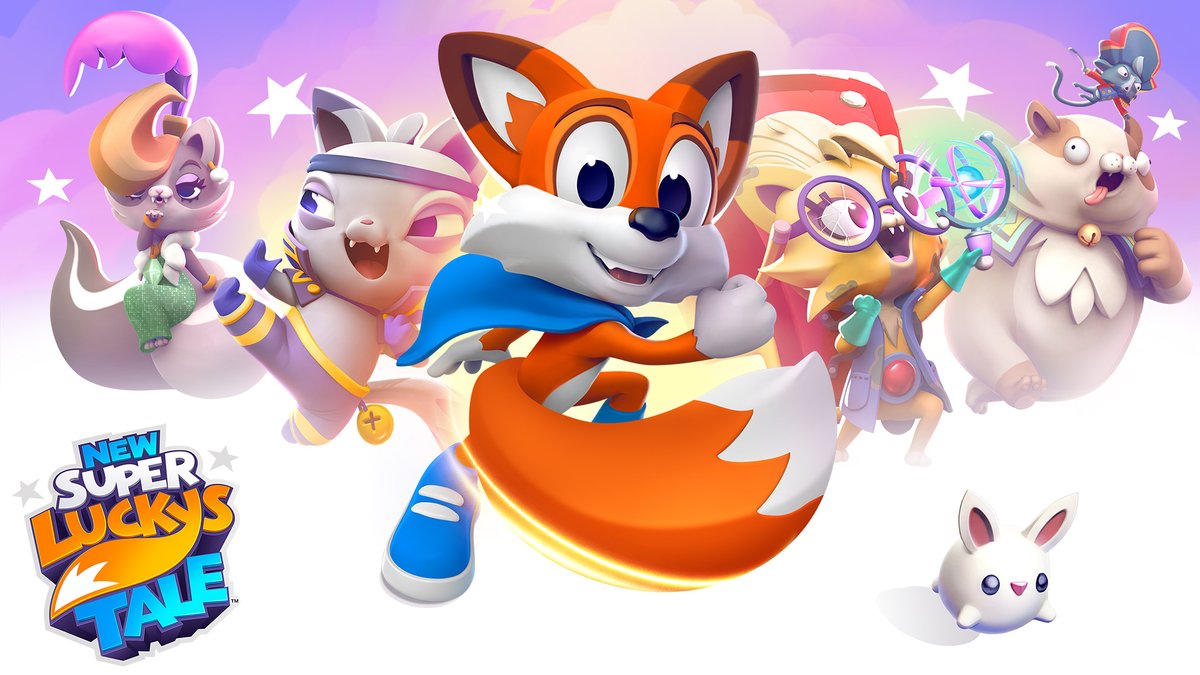 New Super Lucky’s Tale – Review
Score Definition
We tell you, it’s a good game! It’s not average! It might have some problems here and there, but you have to admit it is a “Good” game.
Pros
Good and diverse level designs
Fun puzzles
Great platforming element
Cons
Forgettable plot
Boring combat
7.5
Good