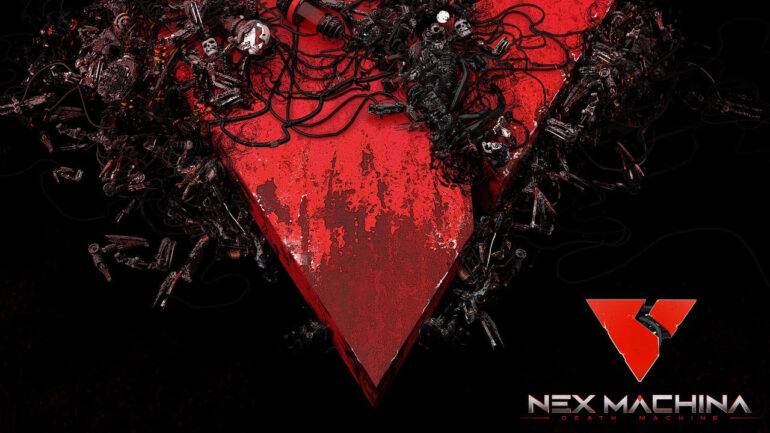 With a lot of great titles released this past few months such as Gravity Rush 2 to Horizon: Zero Dawn up to Persona 5, I think I need a rest from these lengthy games that takes away my time, but of course in a good way. I believe I need a refresher to clear my mind so that I can again start with a new great title to spend my time in. Here comes Nex Machina, a twin-stick shoot’em up video-game developed by a Finnish game studio, Housemarque, with the help of Eugene Jarvis serving as a creative consultant for the team.

Jarvis is known for developing great titles back in the 80’s and in the 90’s with his arcade shoot ’em ups such as Defender (1981), Smash TV (1990) and of course the famous Robotron: 2084 (1982). Nex Machina is a modern Robotron. Gameplay is similar to that of Robotron where you are attacked by waves of enemies that you must eradicate for you to be able to past a certain stage. 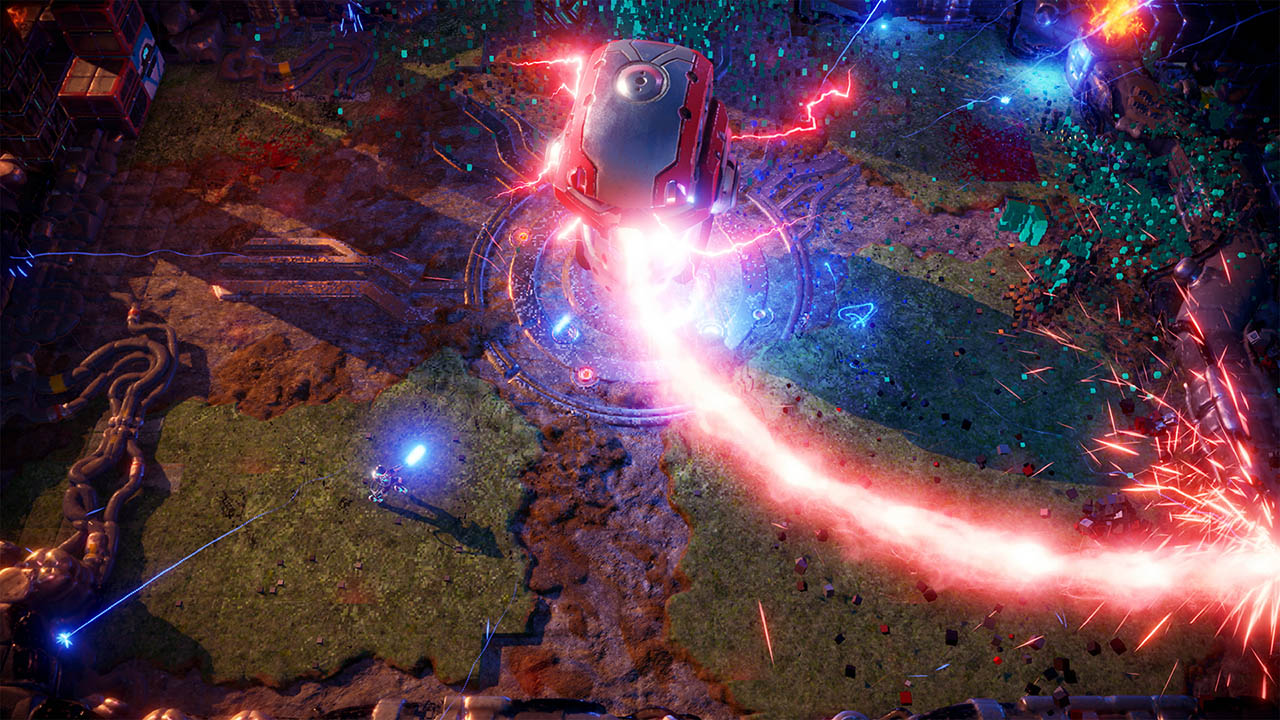 Nex Machina‘s plot is simple. You are a hero tying to save as many humans as possible. A world where highly-advanced robots dominate the world. But it wont be that easy, you will be facing a lot of enemies along your way, and I mean a lot. You only have a simple gun with a short range at the beginning of the game but there will be upgrades along the way. Saving humans increases your score but enemy robots will try to kidnap them, this gives you the sense of urgency and encourage you to be aggressive in your playthrough.

For me, the game’s difficulty is the highlight. Heart-pumping action with hordes of enemies trying to stop you from left to right, monstrous bosses and dangerous laser traps will stop you at any cause. Some bosses spawn hordes of enemies while they try to smash you into pieces, also setting up traps from corners while spreading lasers that can’t be dodge. You need to upgrade as much as possible to be able to defeat a certain boss, every movement you make defines your fate in the game, so you need to be focused all the time.

Nex borrowed some core elements from the Souls series. Every time you get defeated, you get back to where you died and your upgrades are left in the place where you died. The amount of lives you have in the game is certainly limited; and if you’re not careful and used up all of your lives, then you will lose every upgrade you had since the beginning of the stage. Yes, I had a hard time finishing each level. I tend to restart a stage just to upgrade my character so I can finally defeat a boss. I get easily frustrated if I can’t bring my upgrades to the boss stage, but I can’t seem to stop playing. Why? Because every achievement is so intensely satisfying. 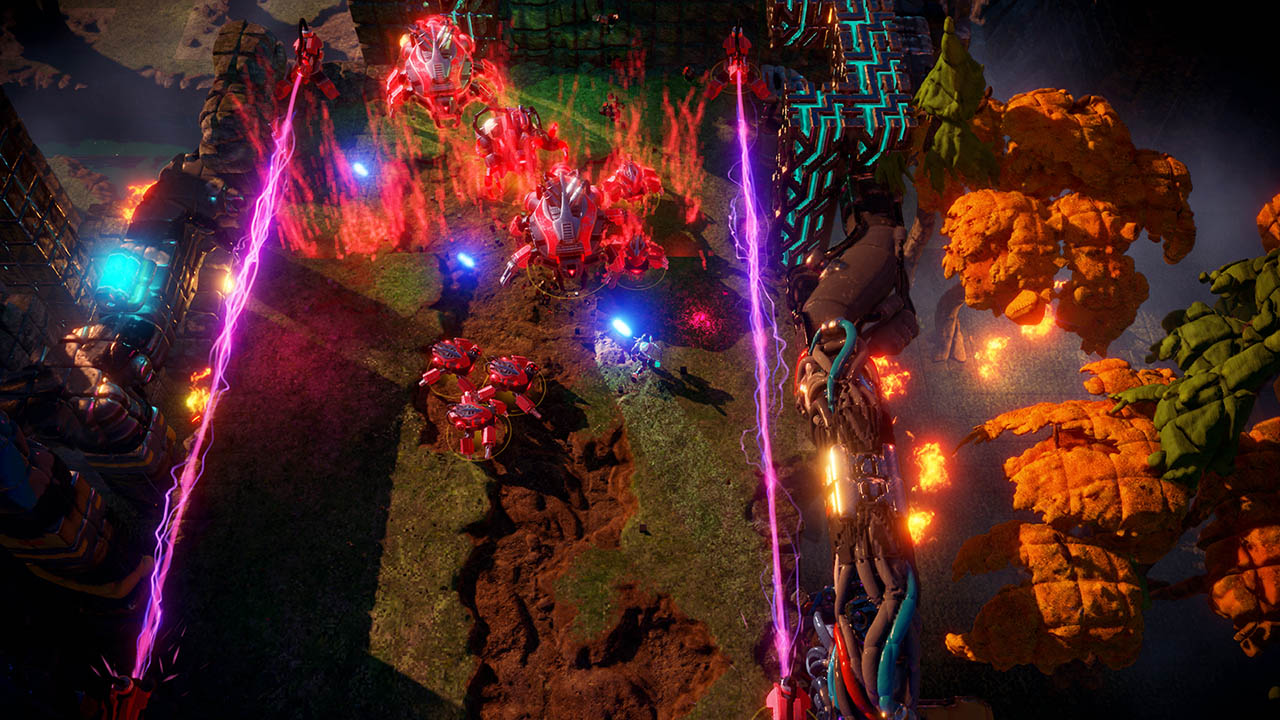 The controls are your key to success, you need to be skilled in how to use your analog sticks. The right analog stick is your gun, while left stick is your movement. Easy? Nope, every little movement might get you into trouble if you’re not careful. You need understand that whenever you try traverse in a certain area you must be ready where to aim your gun or when to dash. Dashing is also one of your key elements to survive each level. A dash can only be use once and you need to wait for three second to use it again.

Along the way you can also find upgrades for your dash ability, one of these improvement is you can consistently dash three times without any cooldowns. This is useful especially if you’re surrounded with a lot of enemies firing back at you. There is also a bunch of secondary weapons that you can find from hidden boxes scattered around each area. Example of the secondary weapons are rocket launcher, lasers, smart shields and a sword. These are useful especially dealing with a powerful boss.

Nex is visually stunning. Compared to the empty spaces of Robotron, Nex‘s graphical backgrounds are full of surprises. The lighting of the game gives you a retro and modern feel and the music gives you an upbeat tone that compliments its sci-fi action genre. Lasers, rockets, bombs and bullets are perfectly designed that will make you want to shoot more enemies as possible. And despite all the happenings on the screen, everything is readable and clear. Character design is based on what the 1980’s think of the future, retro design for the WIN! 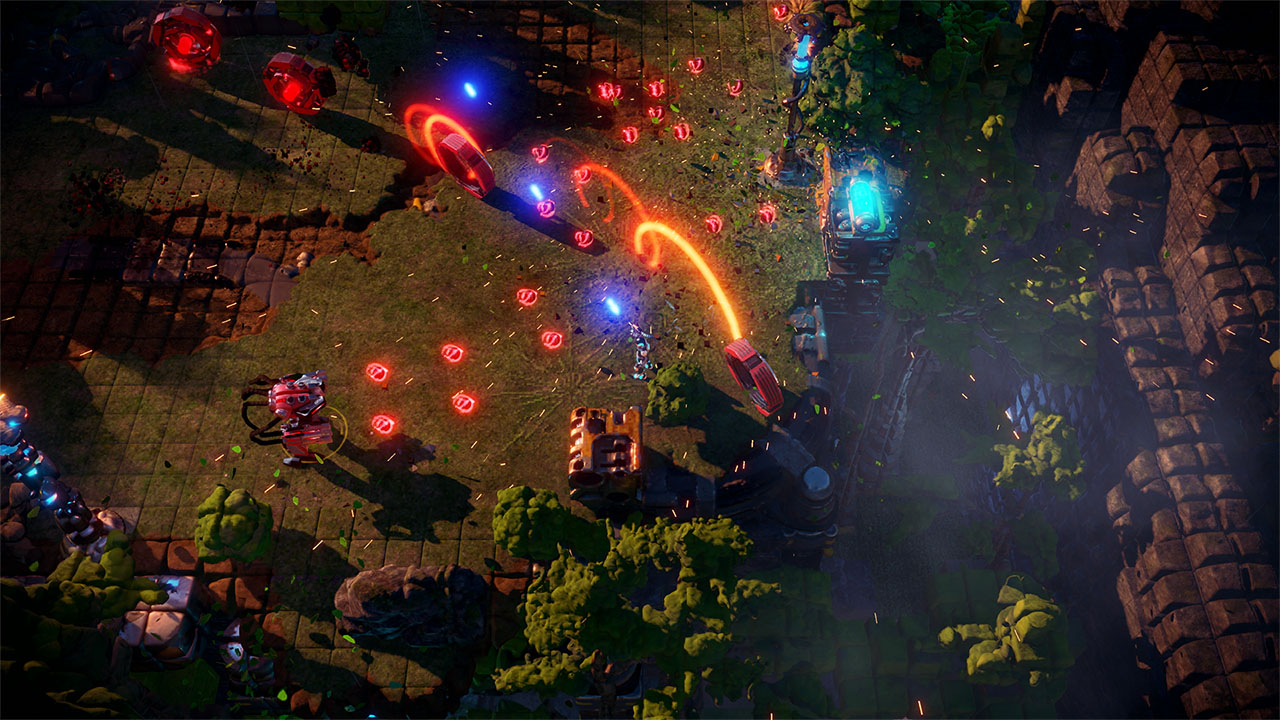 It only took me 8 hours to finish the arcade mode, but man that was a hell of a ride. Its fast-paced combat makes me wanna do another run on a higher difficulty. I already gained enough experience to be better in Nex Machina to reach the top in the global leaderboards. It’s going to be challenging but I’ll definitely make sure I’ll get that spot. This is a twin-stick shooter game after all, so that means you need to master your reflexes to become good at it.

Overall, Nex Machina is a satisfying and enjoyable challenging experience. It shows what an arcade classic game can do if it’s handled well. This is a perfect example for a classic modernization made right, and Housemarque’s Resogun was a success back in 2013. The studio once again proved themselves to be one of the best when it comes to shoot-em up video games. Nex Machina is another reason why 2017 is the year for gamers. It proves us that even small things can also be great.

Nex Machina - Review
Score Definition
May it be the likes of Shadow of the Colossus or Metal Gear Solid, if it’s quite there but not enough to push the boundaries, it’s still an awesome game.
Pros
Gorgeous retro design
Challenging but utterly satisying
Fast-paced combat gives you the thrill of action
Classic game modernization done right
Cons
Too short
9.5
Excellent