Next Week Is Apex Legends’ Monsters Within Event!

"To be a Legend, you have to have something special inside you… something bold. Something fierce." 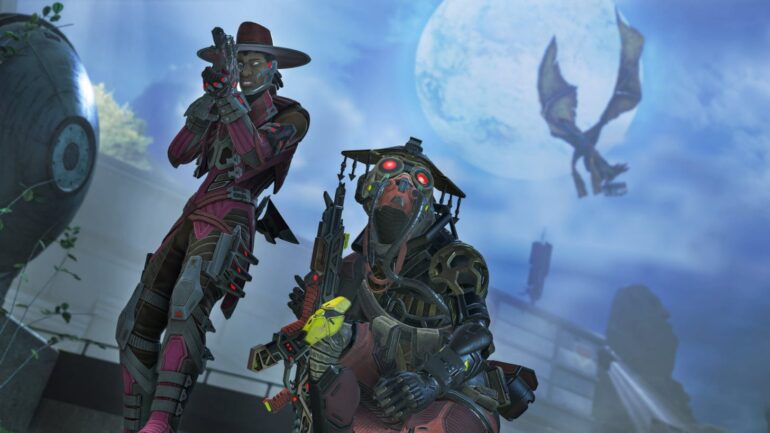 October is usually the time when online games usually get some sort of Halloween theme even filled with new kinds of fights, gimmicks, skins, and many more. Well Apex Legends is not one to shy away from an opportunity to dress up and have fun. The Halloween-themed Monsters Within limited-time event will begin next Tuesday, October 12, and will last until November 2.

So what can players expect from the event? Well for one thing there’s a new map called Encore which is found in the home planet of Seer and where he made his name as something to be feared. It’s an open map that will require teams to be vigilant of their environment. The map has two “high-ground power positions” – the VIP Lounge which provides players direct combat and strategic flanking options and directly across it is the Performance Stage where support fire from one’s teammates will be the biggest factor in gaining an advantage.

During the last week of the event, players can take part in the fan-favorite Shadow Royale, the darker shade of Apex games, that Revenant handles. Any Legend slain will respawn as a shadow and will be out on the hunt in order to seek revenge at the same time aid their still living squadmates. Shadows will never end so long as your squad still has a living Legend breathing, kicking, and shooting.

Another thing that’s new to the event are special limited edition Monsters Within Packs. Players will be able to get an Event Thematic Pack that will only set players back by 400 Apex Coins.

There will also be the reward track which will run for the entire duration of the event allows players to complete challenges in order for them to unlock some cool new skins, charms, and many more every week.

More information can be found in the Apex Legends website.