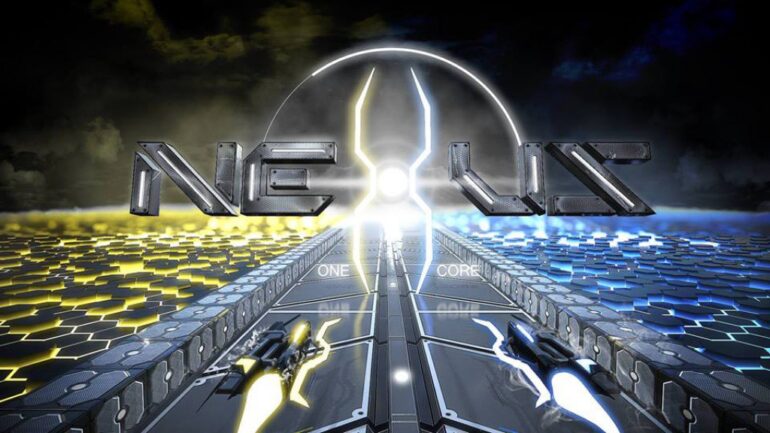 How fast and how far can you go?

NeXus: One Core is an infinite runner action and arcade game created by Hyde Games and published by BulkyPix and Plug In Digital that has an added twist that definitely ramps up the challenge. Players take control of a ship that can polarize from one color to another color and it can also take on two colors simultaneously. Players maneuver their ship through obstacles and there are certain gates and barriers that can only be passed through when the ship is polarized into the corresponding color. The objective of the game is to reach as far as you can through the course. 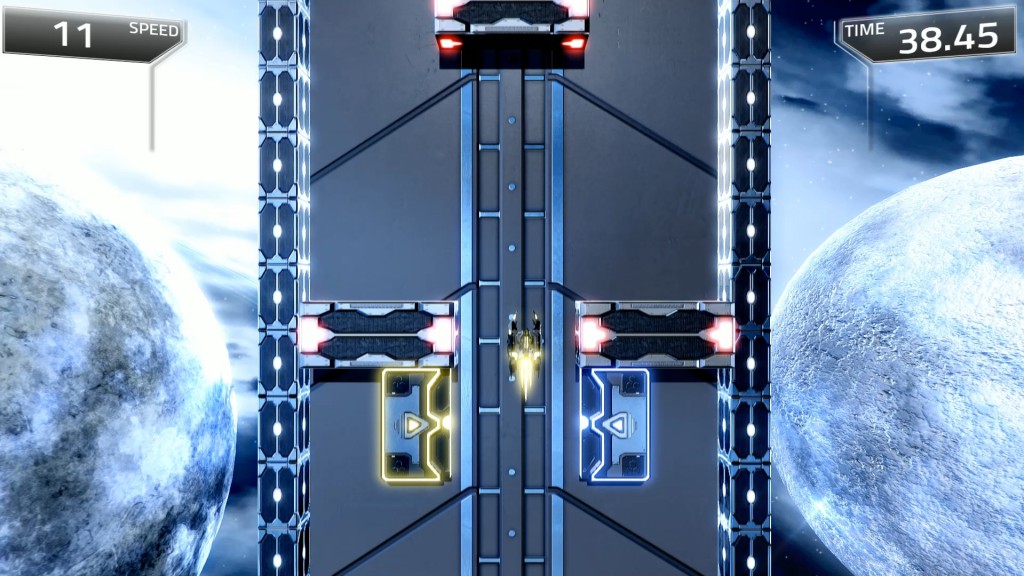 NeXus: One Core’s color-switching mechanic gives the game a whole ‘nother level of difficulty. It requires its players to think fast and think faster as the ship steadily gains more speed as time goes by. There are gates that the ship can only pass when polarized to its specific color and there are also barriers that a ship can only break through when done the same. Players can also interact with some obstacles by polarizing from a single color to double color and vice versa. Such obstacles can be switched on and off and can also act as gates that can close off the next section of the course. There are other obstacles present in this game such as the rotating diamond which can get a bit tricky to pass through, and the moving blocks. Take out the moving and interactive obstacles and there are those red walls that can still pose quite a challenge despite their static nature; it is kinda like those wire mazes where if you touch the wire, the game’s over.

There are several game modes in NeXus: One Core such as the Survival mode, Collect mode where you collect points while going through the course, and the Lives mode where players have three tries to go through a single course. The mode where the real challenge and action happens is in the Co-op mode where players can team up with a friend and try to conquer the course.

In Co-op mode, the color-switching mechanic no longer applies. Instead, both ships will each have different colors and they can fuse and split up to pass through the color coordinated gates and barriers. When one ship dies, it can be resurrected by the other ship by picking-up another life point, thus enabling the duo to go further. This brings the challenge even higher plus it adds more interaction between players during a run as both players will try to coordinate with each other. 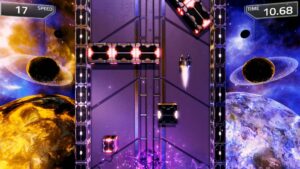 NeXus: One Core’s visuals give this futuristic look and feel with its 3D graphics and visually entertaining vibrant lightshow. The DnB soundtracks are quite nice additions to this game as they add to the thrill of the run. Both the sounds and visuals give the game a wonderful effect by adding more speed to the fast-paced nature that this game is all about.

The game may look easy but NeXus: One Core is quite frustratingly hard. Heck, I can’t even get past the one minute mark in the normal mode. This game has a ranking system the will let the other players see how they fare with the other players of the game. It gives its players the urge to try and try again just to make it to the top of the leaderboards. Players may often find themselves using their frustration to fuel their drive to reach farther than what they have reached. It’s one of those games where no matter how frustrated you are from all the failed runs, you still find yourself playing it in the hopes of getting better each run.

With a simple yet engaging gameplay, NeXus: One Core is one well-executed game. It is recommended, however, that players must play the game just well above the minimum specs requirements so as to avoid lag issues; even the shortest lag could ruin your gameplay in this game. Plus, it would also help if players would set the sensitivity of the controls to their preference first. Other than those, NeXus: One Core is quite polished. It’s not buggy, at least on my account, and the gameplay is quite enjoyable despite, as mentioned, being so frustratingly hard. Recommended for those players who like their speed and dexterity challenged.

Fast-paced and quite challenging, NeXus: One Core is for those who likes to play frustratingly hard games and enjoy every minute of their gameplay.

This review is based off a copy provided by BulkyPix.

How long have you managed to survive? Brag about it in the comments section below!