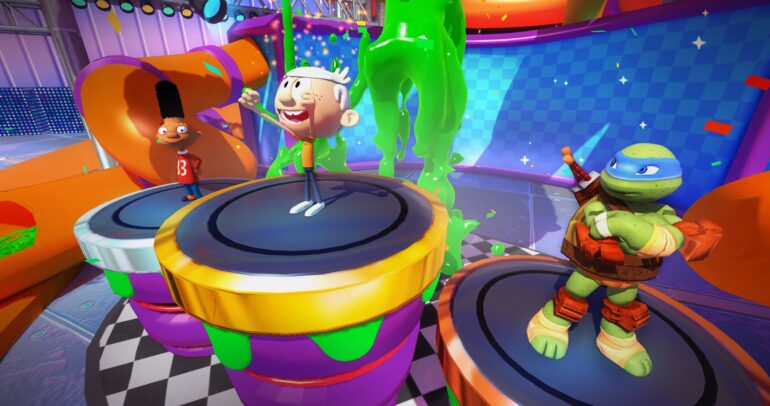 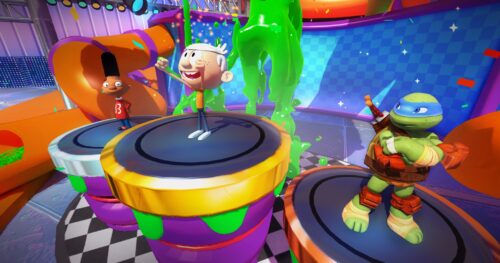 It almost feels like a lifetime ago when my sister and I would get comfy in front of the TV during weekend nights for some late-night Nickelodeon. Playing Nickelodeon Kart Racers 2: Grand Prix, took me back to that once great time, but all that sweet nostalgia turned into bitter disappointment almost as soon as I completed my first Grand Prix. It’s not an awful game by any means, but the lack of polish is glaring. Or maybe it’s just the slime?

First, let’s talk about the characters. Fans of Nickelodeon cartoons in the early 2000s would be happy to know that the characters that you know and love are here. From Catdog to Hey Arnold to Rocco and even the Rugrats appear alongside new beloved characters like JoJo Siwa, Teenage Mutant Ninja Turtles, SpongeBob Squarepants and so much more.

Each character has their set values distributed among 4 different attributes. Steering, Top Speed, Drift, and Boost. The Karts that the characters drive-in look disappointingly the same, aside from a few exceptions. Invader Zim rides in a Space themed Kart, complete with Rockets and Visors. Lucy, being the goth girl that she is, is riding a Kart that looks like a Hearse. Everyone else drives what looks like the same cart varying only in bulk and size. It would’ve been nice to see more characters in a kart, fitting their distinct styles and personalities.

Once you pick a character to play as you will then need to pick out the different members of your three-man crew. Your Crew will consist of three characters, two of which will offer two passive bonuses and one, who grants an active ability. The choices for The Crew Engineer and Crew Mechanic include the lovely Pearl, daughter of Mr. Krabs, giving you greater jump boosts. Grandpa Phil, giving you a Yahoo Soda boost with every item that you get. Gary, which gives you more slime and many more.

The Crew Chief, which gives you the active ability includes Lynn, sister of Lincoln Loud, who gives you a hockey stick slapshot use upon activation. Plankton, the arch-nemesis of Mr. Krabs, who slows down nearby Karts and many more. Oh yeah, slime is what powers up your Crew chief’s ability, and slime showers and slime puddles can be found throughout every race track. The characters that you choose for your pit crew will have a major impact on how your races go and add a layer of strategy to every race.

But no matter how sound your strategy is the difference between winning and losing could lie in your luck with the game’s many powerups. Most of which are your standard projectiles, like the toy ball, Rocket-propelled football, and metal boomerangs. Traps include garden gnomes, magnetic fields, and exploding wooden stumps. My personal favorite would have to be the intergalactic shield inspired by the Danny Phantom series.

Nickelodeon Kart Racers 2: Grand Prix has a whopping 25 tracks which are distributed along 5 different Grand Prix, with a 6th being the ultimate Grand Prix. Each Grand Prix has 4 Tracks that are inspired by Nickelodeon’s many shows. Reptar Ruins will have you flying and dodging your way through a toy-filled track inspired by the Rugrats. The House of Catdog is here too, Lympics Park, Double Dare obstacle course, and much more are also included.

Each track has its own set of turns that are easy to master and different obstacles like rolling balls, muddy roads, and pits that you can also easily get stuck in. While I will admit that 25 is a whopping number of tracks, the color palette and some of the turns and obstacles makes you feel like you’re driving on the same track over and over again. Making the experience dull and for the lack of a better term, boring only after a few races.

Nickelodeon Kart Racers 2: Grand Prix has 5 different game modes. The Slime Grand Prix, Free Race, Challenges, Time Trial and Arena Mode. With the most unique one’s being Arena and the Challenge modes. Challenge mode gives you a list of challenges to complete like winning a race full of Squidwards or doing a set number of flips as Michaelangelo. All culminating in a showdown against an unlockable character in a 1v1 race. Arena mode foregoes the Race track in favor of a battle arena where you destroy other characters with powerups and projectiles.

With all of that out of the way, the most frustrating part of Nickelodeon Kart Racers 2: Grand Prix is the absolute absence of voice lines from all of the characters. It would’ve been nice to hear SpongeBob’s Laugh, Catdog’s bickering, or Michaelangelo’s Cowabunga throughout a race, but in the game all your hear are sound effects, which in my opinion sound a little off as well. Though it’s only one part of what makes a character memorable, a character’s voice being absent makes the colorful shell feel rather empty and ultimately the game too.

Being a big fan of Nickelodeon, I was happy with all of the beloved characters jam-packed into Nickelodeon Kart Racers 2: Grand Prix, But the absence of voice lines, sub-par sound design, and dull maps smeared a bit of slime to an otherwise above-average game. 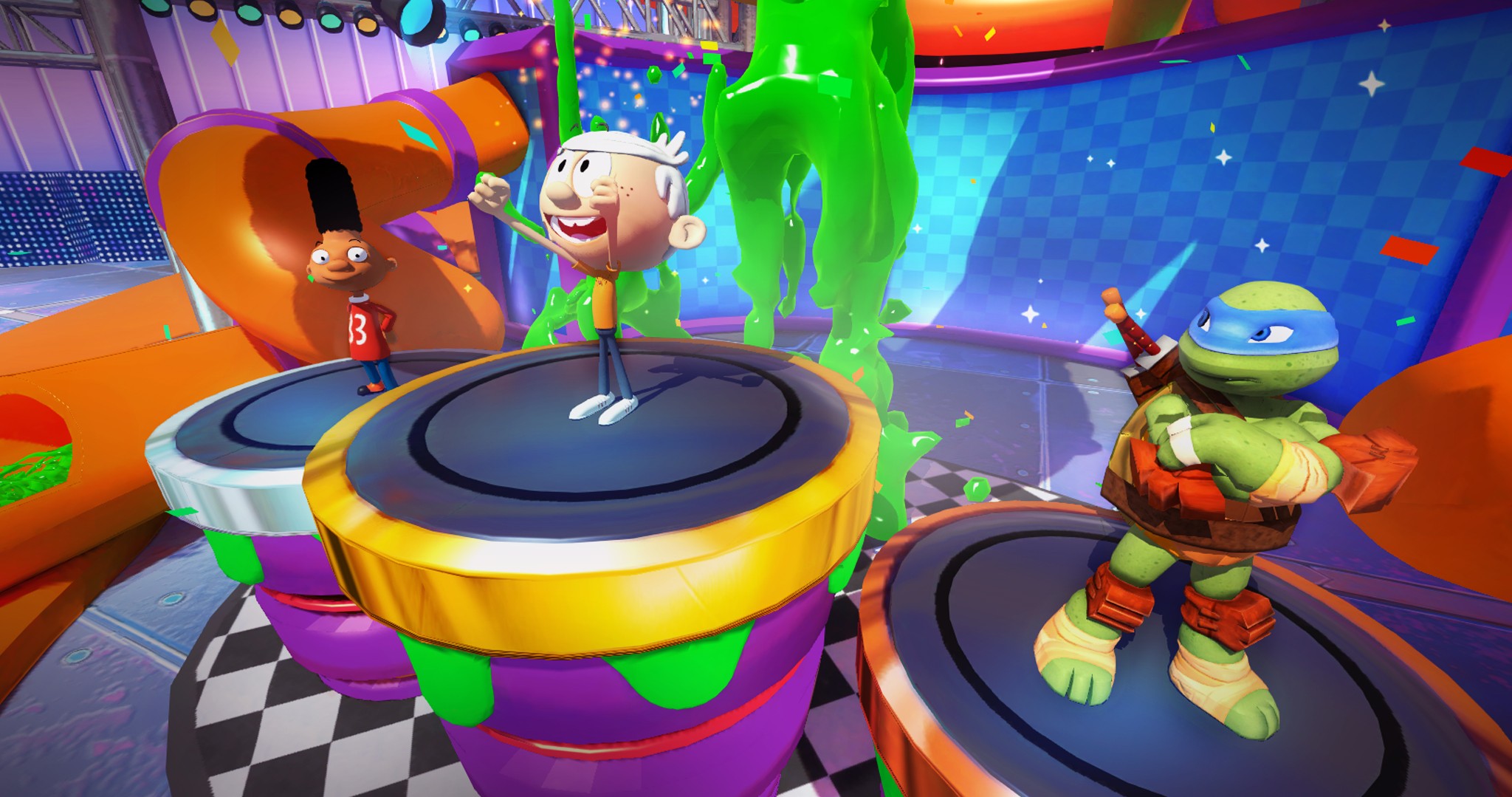 Nickelodeon Kart Racers 2: Grand Prix – Review
Score Definition
You better have to choose if it’s worth spending your spare cash, because it might not be the game for you and it might be for others.
Pros
Tons of Tracks
Lots of playable characters
Cons
Zero voice lines
Dull sound effects
Lack of variety in maps
6
Justified