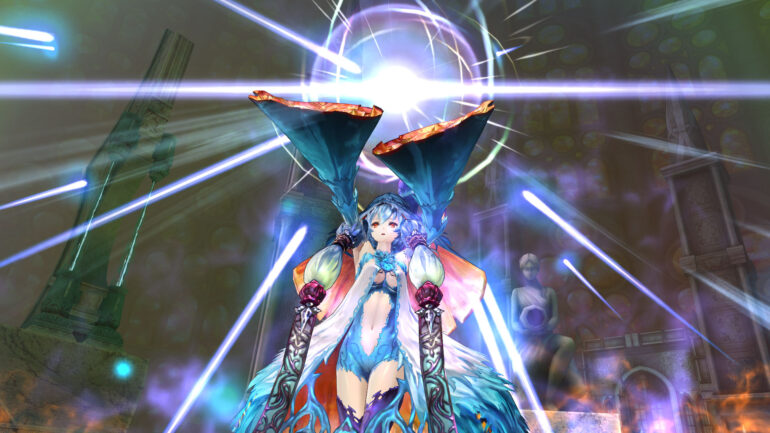 KOEI TECMO America today announced the western release of Nights of Azure, a brand new RPG adventure and IP from the development studio behind the long-running Atelier series, GUST. Known in Japan as Yoru no Nai Kuni, Nights of Azure is now available exclusively for the PlayStation®4 computer entertainment system. To mark the occasion, KOEI TECMO has unveiled a brand new launch trailer, which can be viewed here:

Under the direction of producer Keisuke Kikuchi (Fatal Frame, Deception IV), Nights of Azure marks a new, darker direction for GUST while maintaining many of the gameplay elements adored by dedicated fans of the studio. Unlike previous GUST titles, however, the protagonist has a very active role in the game’s real-time battle system.

Few leave their homes after nightfall in the kingdom of Ruswal, let alone have the strength and skill to take on the powerful azure-blooded demons that plague the uncharted island. One of the best among these brave few is Arnice, a beautiful knight of great skill and power sworn to protect humanity and defend the priestess Lilysse—her best friend. As she grows in power, Arnice can summon creatures known as Servan to assist her in battle as well as transform into a demon herself in order to carry out her mission.

Despite her strength, Arnice soon discovers that the solution to the island’s problems might not be as simple as defeating enemies in battle. Nights of Azure is a tragic tale of two friends faced with impossible decisions that will test their loyalty to their quest and to each other.

For more news and information on Nights of Azure, please visit the official website at www.koeitecmoamerica.com/nightsofazure