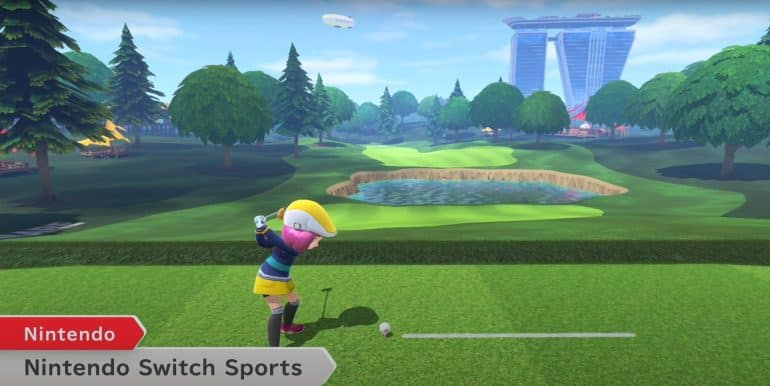 The latest update finally adds the most-awaited sports game Golf. This new mode does not only add golf, it also adds various ways to play it. Players who played this mode way back in the Wii consoles will find this nostalgic as it has almost the same mechanics.

The Golf game mode will play similarly to Nintendo Wii Sports, which includes golf as well. Players can play with motion control which lets the character in the game swing their golf clubs together with the player.

In the Nintendo Switch Sports Golf, players can enjoy 21 golf courses with various ways to enjoy them. They can enjoy them both online, local, and solo play. The trailer features the new Survival Golf mode which lets multiple players take their shots at once. Those who have fewer points will be eliminated.