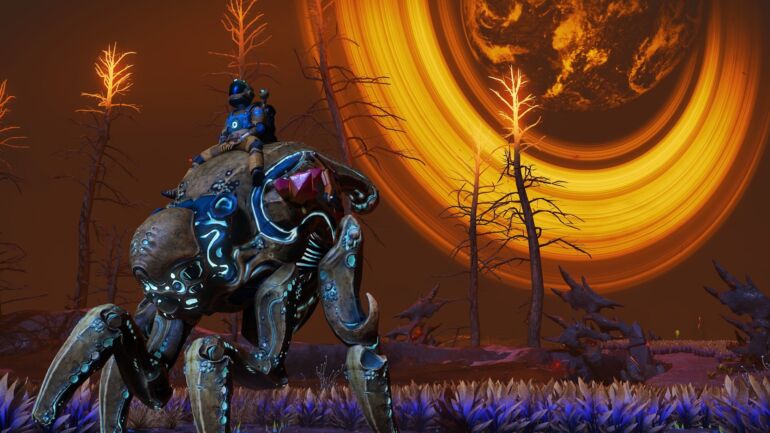 Hello Games Founder Sean Murray recently announced that popular video game No Man’s Sky now has a new update and it comes with an interesting and fun feature.

The new Companions update can now be downloaded today and is free of charge. It will allow players to befriend creatures that they meet on alien planets in the game. This was actually one of the original plans of the game developers and now has become a reality.

Players can tame any kind of creature that they find roaming in an alien planet. After bonding with the creature, they can be summoned anywhere, even aboard the Space Anomaly.

The creatures that players bonded with can lay eggs. Incubating the eggs in the Exosuit will get it to hatch when it is ready and will become a new lifeform.

Bonded creatures can be trained to do chores like scanning for resources, marking hazards, providing torchlight, hunting hostile creatures, locating buildings, digging up valuable treasures, and more. They can even have should-mounted mining lasers for that ultimate battle mount with lasers fantasy.

Creatures have their own personalities. They can be playful, inquisitive, or aggressive. Each has their own unique personality and are shaped by their species and ecosystem role. Their personality influences how they behave, think, and communicate.

Players can communicate with the creatures due to a neural link with the Exosuit. This enables rudimentary translation of their thoughts and wishes. Improve the bond with them by playing, feeding, and giving the creatures attention.

Players can also “make” their own companions by using genetic material and adding it to the new Egg Sequencer aboard the Space Anomaly. It remixes the material of the growing eggs and will produce a unique creature afterwards. They can also trade their eggs for rare or desirable creatures from other players.