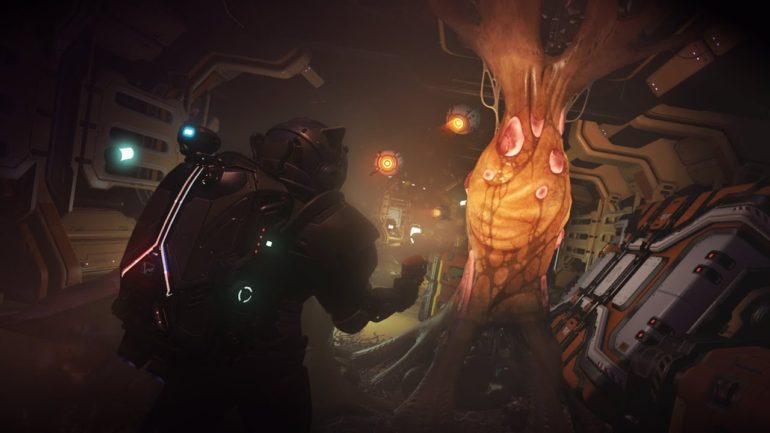 Hello Games just released a new update for their popular game, further expanding its content. This time around, the update features content somehow has the “Aliens” vibe to it. It adds ominous abandoned capital ships that players can explore and raid its treasures and resources left behind.

After the update is installed, players will be given a mission to set out in search of these scary space vessels. Players can go in alone or bring friends with them to search these abandoned ships in order to check the dark corridors and open mystery doors that might lead either to valuables or death.

Hello Games revealed that the interior layouts of these ships are procedurally generated, which means each of them is unique. The developers do warn that these ships contain hazardous liquids that have been spilled, defense systems that have their AIs damaged, and malfunctioning environment controls. There might be some hostile alien lifeforms as well.

The former occupants are still there in the form of ships logs where visitors can read on. They might be able to piece together what really happened to these ships and what made them abandon it.

There are also treasures that might be very valuable for players like unique upgrades for their capital ships that cannot be found elsewhere.

Here is the description of the Desolation Update:

Being a small dot amongst the stars can bring a sense of awe and wonder, but we’ve always wanted to explore a little more those feelings of fear and dread that come from being alone in the depths of space.”Terror in the face of the unknown, or the dawning realisation that you’re treading in the footsteps of those who met a lonely end at the edge of the universe – it’s a rich science fiction tradition, and one not really touched on in No Man’s Sky – until now.

The update is now available on Xbox One, PlayStation 4, and PC.