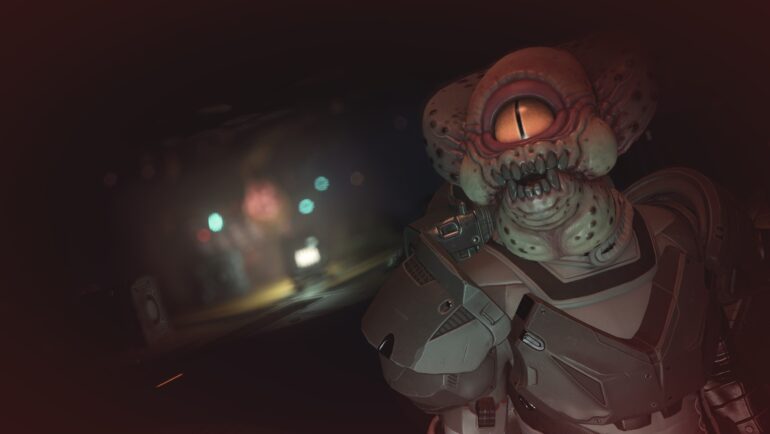 The newest update for the game celebrates the Halloween season adding its own version of spookiness. Some derelict freighters have corroded hulls that can be mined for a strange new material called the Tainted Metal. There is also the highly valuable Quicksilver material that has been leaking from cargo holds of these spooky ships.

Aliens that lurk inside these derelict freighters have evolved and have become stronger, faster, and deadlier versions. Security systems of these broken ships have become crazier than ever and the environment is freezing in sub-zero temperatures.

Players who can collect the Tainted Metal can find a Scrap Dealer in a space station that can exchange that for base decorations and customization options. Both are creepy and ominous looking. They can buy the Orange Pustule and the Detoxified Slime to decorate bases. There is also the Wriggling Companion for a more ghastly look.

Placeable decals and banners are also available to choose from for decorating menus and such. There is also the Horrific Flesh-Helmet that transforms the players’ appearances into the flesh-hungry parasite.

Players can also check out some of the new starship trails, which can be acquired via the Quicksilver Bot. These trails are the Stealth Trailer and the Chromatic Trail.