No Man’s Sky Next Generation Announced; Coming to Next Gen Consoles 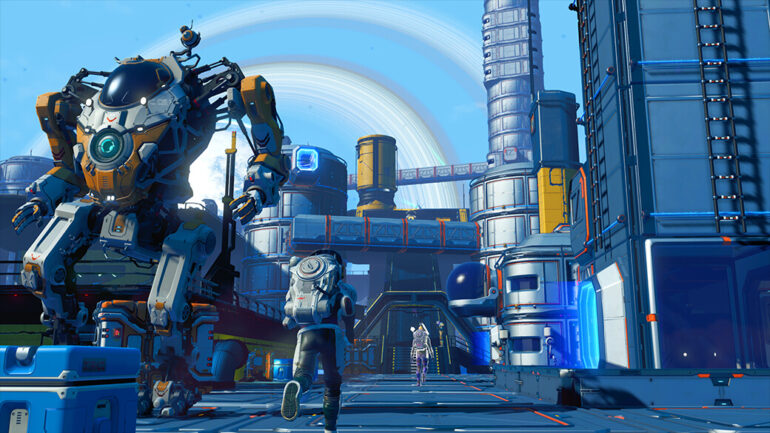 A new update has been unleashed just recently for the game, update version 3.10. It brings a graphically enhanced and smoother game to the next generation of consoles. All of its enhancements will also be available for PC players. Owners of the current-gen versions of the game will be able to get the upgrade to next-gen versions for free.

With the Next Generation upgrade, players will see a bigger difference in environments. It will be a lusher and denser alien environment that ever before. The planetary terrain is populated with thicker grasses, flowers, fungi and rocks, rendered with higher resolution textures and more detailed geometry.

These improvements will be available on PlayStation 5 and Xbox Series X. PC players will get this on Ultra settings.

The update will allow base building to be more complex, ambitious, and richer. Players will now be able to build larger and more complex builds.

Xbox One saves will be automatically compatible with the next-gen Xbox consoles. PlayStation 4 players can upload their save date in-game for download on PS5.

With the next-gen consoles, players will be able to traverse the universe in sessions of up to 32 players. Crossplay will also be supported on PS5 and Xbox Series X/S with all other platforms. 4K compatible TVs will offer ultra-high resolutions with smoother performance. PS5 and Xbox Series X players can get the smooth 60fps at 4k resolutions. Xbox Series S players can customize the experience between high quality native resolution at 30fps or at high performance at 60fps.

PS5 version will offer subtle haptic feedback when using the Multi-Tool and the 3D audio technology will increase the accuracy of positional sounds. PSVR owners can enjoy the virtual reality experience on the PS5 via backwards compatibility feature.

No Man’s Sky is now available on PS4, PC, and Xbox One. Xbox Series X/S and PS5 versions are coming when the consoles are available.

Here’s the Next Generation trailer: